Does Remdesivir work against coronavirus? 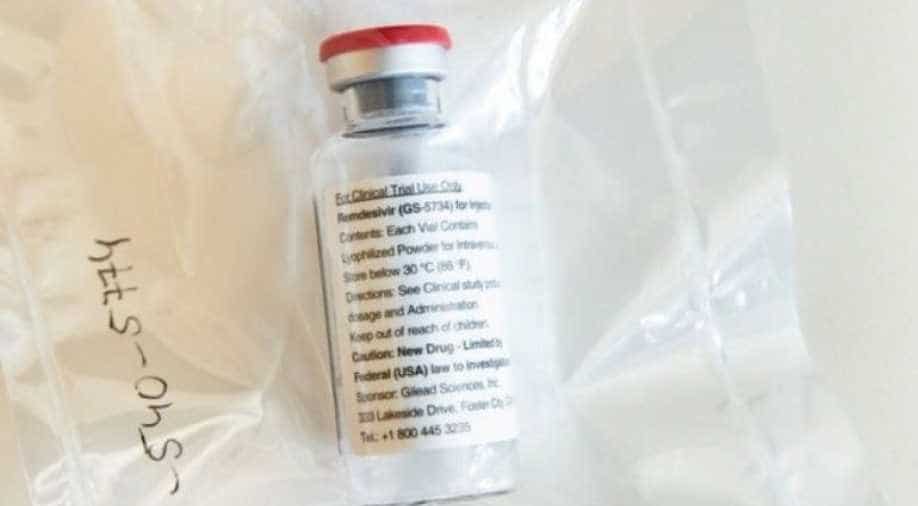 India has dropped blood plasma from its treatment protocols. Now the big question is, does Remdesivir work against the virus?

Over 100 patients were given fake Remdesivir injections in the Indian state of Madhya Pradesh and more than 90 per cent of them survived.

The injections were supplied by a criminal gang. The patients did not need Remdesivir after all.

In fact, there are a lot of similarities between blood plasma and Remdesivir as both emerged as the go-to treatment options at the beginning of the pandemic.

Both are being widely prescribed by doctors and both have been widely studied and debated, so is Remdesivir an ineffective cure just like blood plasma?

The jury is still out. There is conflicting evidence on Remdesivir just like almost all drugs for the treatment of the Wuhan virus. Remdesivir has been re-purposed.

The drug is made by America's Gilead sciences. It was originally developed to treat Hepatitis C, then scientists tested it in the treatment for Ebola but the drug didn't perform well.

So, its use never really took off.

Then, the Wuhan virus came around and Remdesivir received some high-level endorsements like the one from America's top infectious disease expert Dr Anthony Fauci.

In April last year, Dr Fauci said that Remdesivir sets a new standard of care for Wuhan virus patients. A few months down the line, the World Health Organization (WHO) conducted its own trial.

It found that Remdeisivir had "little or no effect" on patient mortality. It means it can do little to prevent death.

In fact, the WHO had the same assessment for a host of drugs like HCQ, Lopinavir and Ritonavir.

Now the question is, who is right,  Dr Fauci or the WHO? The answer is neither. Doctors are using Remdesivir for entirely different purposes. They use it not to kill the virus but to stop it from spreading any further in the human body.

A study published in the Lancet last year looked into the use of Remdesivir in Wuhan virus patients with hypertension. It said the drug is effective but it works only if it is given within 10 days of the infection.

Also, not everyone needs Remdesivir, it is given to patients who need oxygen. Those who have developed pneumonia in their lungs, but do not need a ventilator.

Remdesivir is being given to those who may not even need it because even doctors are under pressure. They want to try everything possible and everything available.

The result is this - a sudden shortage of Remdesivir which has spawned a black market. This drug used to retail in India for not more than Rs 3,500 which is $50 dollars for a single vial. However, towards the end of April, one vial of Remdesivir was being sold 10 times the price in the black market.

Desperate families have been shelling out as much 30,000 rupees for one injection, which is more than $400.

The question is, how many shots does a patient need? Six in most cases, which means you need Rs 1,80,000 for the entire course. That's almost $2,500, that's also how much the drug costs in America.

A five-day course of treatment is for $2,600. The black marketing is bad enough, the shortage is aggravating India's suffering but the question remains, do we even need this drug? Can India afford to keep using Remdesivir or can it do without it?

A clinical virologist at the University of Leicester Dr Julian Tang believes since the window to administer this drug is so short and patients are still struggling to find hospital beds and oxygen, Remdesivir may not prove to be as effective.

So, will India drop Remdesivir from its treatment protocols? It looks unlikely at the moment. Earlier today, Dr Naveet Wig, chairman of India's COVID-19 task force, said just 7 or 8 patients out of a sample of 100 need Remdesivir in India.

There is still no drug that specifically works for the virus. Medical science is yet to make any advances in finding a good anti-viral drug until that happens doctors have to use what they have got.

Remdesivir may not be a magic bullet. It has a limited impact and only on few patients, so the doctors must be judicious in its use.