Did former United States President Barack Obama predict the seriousness of a coronavirus-like pandemic in 2014? 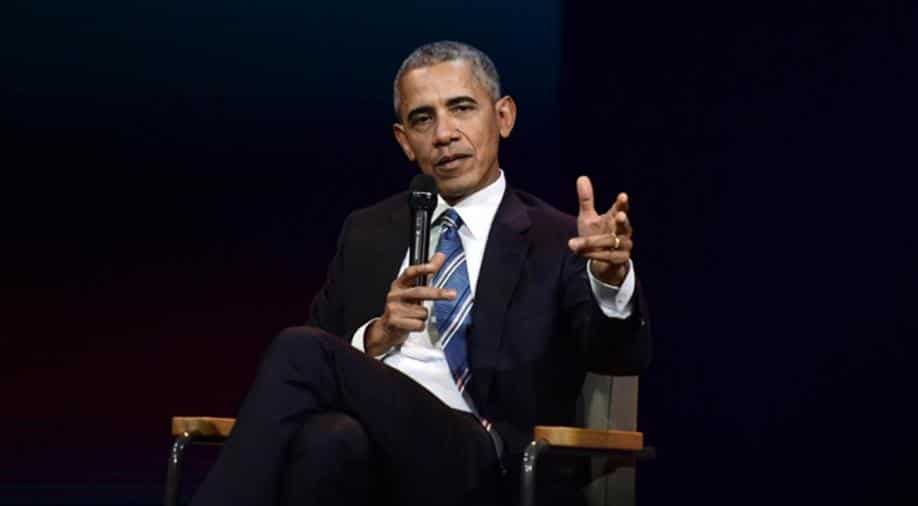 Obama warned in 2014, that we must be ready to deal with an epidemic

Turns out, the Obama administration had been pushing for a universal healthcare infrastructure to globally deal with a potentially “air borne” pandemic, similar to the ongoing coronavirus crisis.

“We have to put in place an infrastructure,  not just at home but also globally. That allows us to see it quickly, isolate it quickly, respond to it quickly”, he said in a briefing.

"We must be ready"

Obama warned in 2014, that we must be ready to deal with an epidemic.

“So that if and when a new strain of flu, like the Spanish flu, crops up, five years or a decade from now - we’ve made the investment - and we’re further along to be able to catch it”, the former president had asserted.

Obama called for more pandemic preparedness following the Ebola epidemic in West Africa, which was then seen as a global threat.

Also read: In the time of coronavirus, this is the 'safest place' in US

“The funding we’re asking for is needed to keep strengthening our capacity here at home so we can respond to any future Ebola cases.. It’s needed to help us partner with other countries to prevent and deal with future outbreaks and threats before they become epidemics”, Obama had said.

He added how the world had got lucky in terms of the Swine Flu, which had subsided on its own.

“We were lucky with H1N1 that it did not prove to be more deadly. We can’t say we’re lucky with Ebola because obviously it’s having a devastating effect tin West africa, but it is not airborne in its transmission”, he had said.

However, coronavirus is airborne, and is way more deadly than any epidemic seen in recent history.

If this had happened under Obama's watch we wouldn't have the most cases in the world right now pic.twitter.com/uv51QJZrci

“There may and likely will come a time in which we have both an airborne disease that is deadly“, he said predicted. Looks like his prophecy turned out to be true.

“It’s not just insurance, it is knowing that down the road, we’re gonna continue to have problems like this - particularly in a globalised world”.

He had earlier written in an oped in New York Times back in 2005 - “We recommend that this administration work with Congress, public health officials, the pharmaceutical industry, foreign governments, and international organisations to create a permanent framework for curtailing the spread of future infectious diseases”.

“I cannot think of a better example of an area where we should all agree than passing this emergency funding to fight Ebola and to set up some of the public health infrastructure in the world to deal with potential outbreaks in the future”.

The incumbent US president Donald Trump had received reports about the seriousness of COVID-19 as early as March but continued to discount those well into March.

At a briefing he said that the virus would go away by April because of the heat. But it has now killed over 30,000 people in the United States alone.