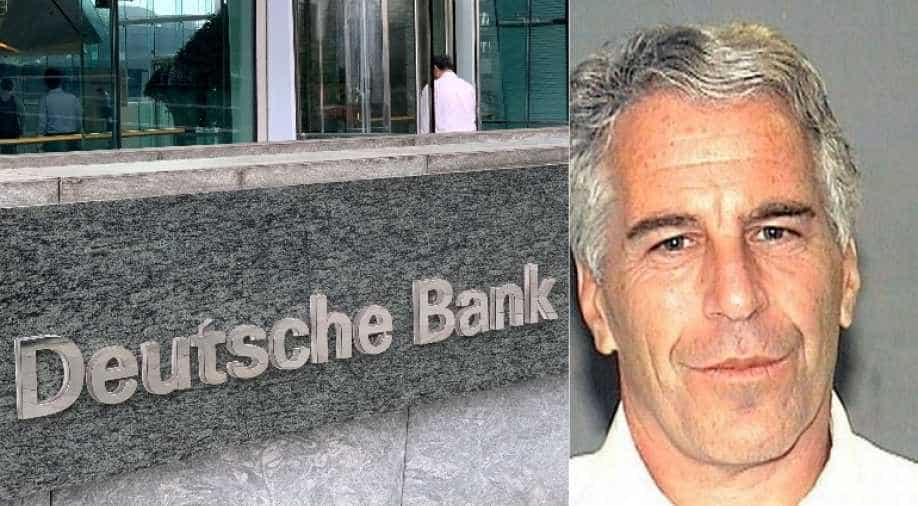 A fine of a $150 million fine was imposed on Deutsche Bank by a New York regulator for letting disgraced financier Jeffrey Epstein make payments to Russian models and withdraw "suspicious" amounts of money.

The settlement on Tuesday with the New York State Department of Financial Services (DFS) is the first such action against a financial institution for its relations with Epstein.

The bank "failed to adequately monitor the activity of customers that the bank itself deemed to be high risk," DFS, in a statement, said, reported DW.

Epstein was a customer of the German bank from August 2013 to December 2018 and their ties ended following the scandals related to him picked up pace.

Two Deutsche Bank employees visited the disgraced financier in 2015 and inquired about the new allegations of sex with minor girls, as per a consent order.

However, they seemed "satisfied" with Epstein's response and did not do anything to verify the accusations, it further said.