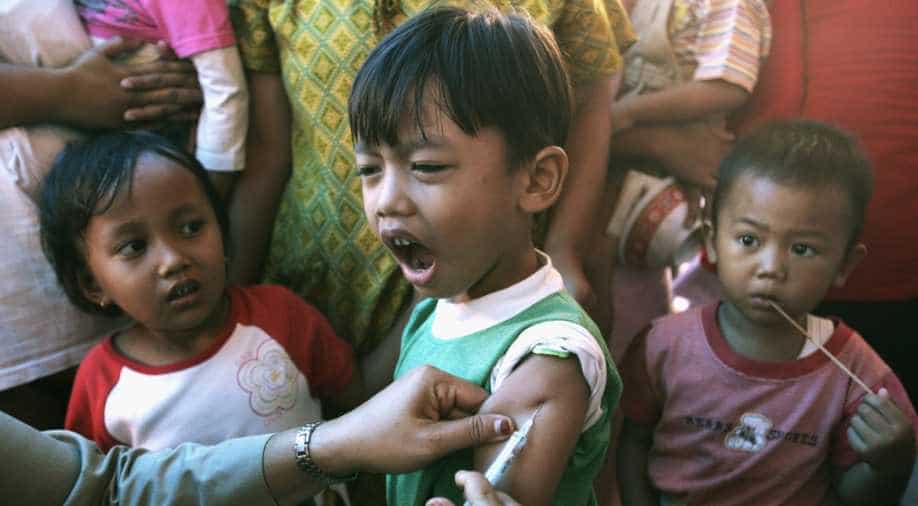 16 people have been arrested for their alleged involvement in selling fake vaccines for decades to health clinics across Indonesia. Photograph:( Getty )

Follow Us
Indonesian parents are being advised today to consult their doctors and consider re-inoculating their children as a massive counterfeit vaccine scandal sweeps the country.

Police smashed a criminal syndicate last week accused of selling fake vaccines for more than a decade to health clinics across Indonesia, a vast archipelago of 255 million people.

Sixteen people, including a married couple believed to have masterminded the scheme, have been arrested over their alleged involvement. They are accused of distributing fake boosters for diseases including tuberculosis, hepatitis B and tetanus.

Indonesia's health ministry is working with police to determine the scale of the problem. The national food and drugs agency has confiscated vaccines from nearly 30 health clinics, but it is not yet known how far the syndicate reached.

"We are working with the national food and drugs agency to collect data and take all measures necessary," health ministry spokesman Oscar Primadi told AFP.

"If vaccinations need to be redone then we will do it, it's not impossible."

The Indonesian Pediatric Association said parents unsure if their child could be affected should ask their hospital or health clinic about the origin of their vaccines.

"If you`re still unsure, you can redo the vaccination. It does not have any negative impacts on a child's health," association chairman Aman Bhakti Pulungan told AFP.

The scandal was brought to light after a major pharmaceutical company alerted Indonesian authorities that some of its products had been counterfeited.

The case has caused nationwide concern and condemnation, with Indonesian President Joko Widodo demanding the harshest punishment possible for this "extraordinary crime".