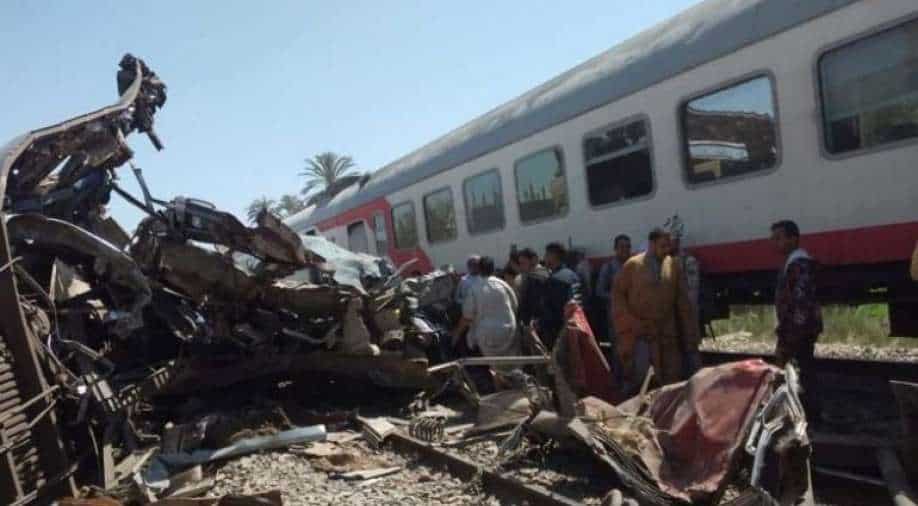 Almost a day after a train collision in Egypt, the death toll has been revised down to 19, from an earlier number of at least 32.

On Thursday, two trains collided in southern Egypt as a result of which three carriages derailed in the province of Sohag.

The initial statement by the health ministry stated that "32 people were killed and 66 injured" and sent to a nearby hospital.

However, a revised statement reported that 19 people had lost their lives to this collision and the toll of injured people rose from 165 to 185.

"After we honed in on the details of those killed and injured... at this moment there are 185 injured and 19 corpses and three bags of body parts," Health Minister Hala Zayed said.

Victims were laid to rest in the early hours of Sunday with small groups of family and friends who came to pay their respects to the loved ones.

Egyptian President Abdel Fattah al-Sisi on Friday called for "deterrent punishment" for those responsible for the collision of two passenger trains.

"Anyone who caused this painful accident through negligence or corruption, or anything similar, must receive a deterrent punishment without exception or delay," he said in a tweet.

Egypt's rail authority said that some passengers had "activated emergency brakes in several carriages" which led to the accident.