Day after Putin-Biden summit, Kremlin says Ukraine joining NATO would be a 'red line' for Russia 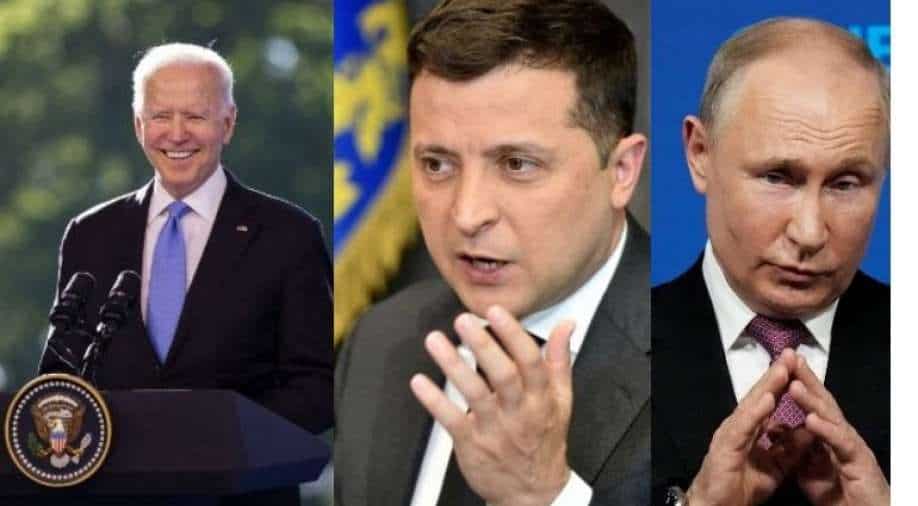 Ukraine President Volodymyr Zelensky said recently that the country is "fighting a war," while pushing for NATO membership. Ukraine had applied to join the NATO alliance in 2008

A day after Russian President Vladimir Putin met US President Joe Biden at a  summit in Geneva, Kremlin spokesman Dmitry Peskov said Ukraine joining NATO would be a "red line" for Moscow.

The Kremlin spokesman added that Ukraine, as a NATO nation was a "concern" even as Ukrainian President Volodymyr Zelenskiy wanted a clear "yes" or "no" from President Biden on joining the military organization.

Tensions between Ukraine and Russia have increased ever since Russia’s annexation of Crimea in 2014. Russian forces had earlier this year built up forces in Crimea including Ukraine's border sending out alarm bells within the Biden administration.

Russia had reportedly deployed 100,000 soldiers near the Ukrainian border and in Crimea amid NATO warnings.

President Zelensky said recently that the country is "fighting a war" while pushing for NATO membership. Ukraine had applied to join the NATO alliance in 2008.

NATO had earlier said that Ukraine could join the US-European military alliance although Biden said the country needed to meet several conditions.

Zelensky had said President Biden should have met him before his summit with Putin as the Ukraine president seeks US support for the country's conflict with alleged Russian-backed separatists.

Zelensky has been unhappy with Russian authorities over the delay of a proposed meeting with Putin over the eastern Ukraine situation.

Ahead of the summit with Putin, Pentagon had announced a new $150 million package of military assistance for Ukraine.