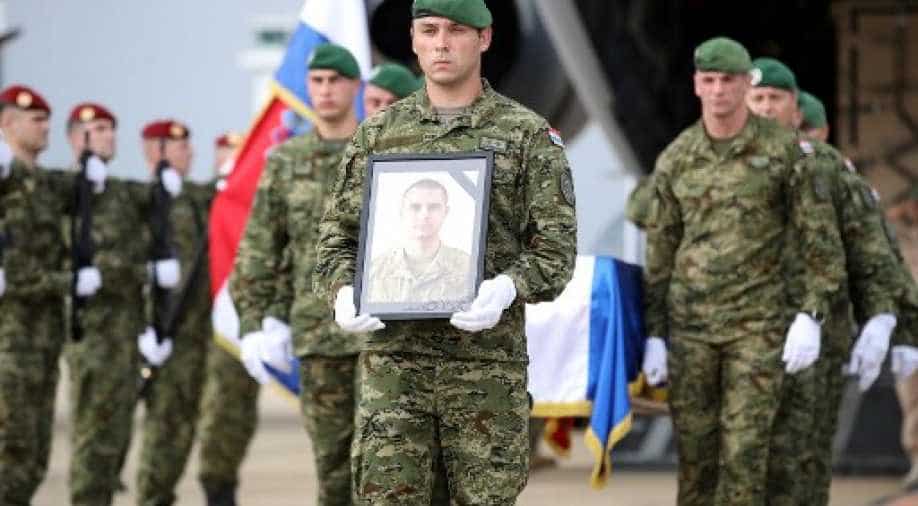 Josip Briski, 27, was a member of a Croatian contingent deployed in Afghanistan as part of a US-led mission

The body of a Croatian soldier killed in a Taliban-claimed suicide car bomb attack in Kabul landed back in his native country on Friday, media reported.

Josip Briski, 27, was a member of a Croatian contingent deployed in Afghanistan as part of a US-led mission.

He was killed on Wednesday when a suicide attacker hit his convoy, injuring two other Croatian soldiers, Croatia's Defence Minister Damir Krsticevic said.

A commemoration is scheduled for Friday in the capital Zagreb and the soldier's funeral will be held on Saturday.

Two other Croatian soldiers were wounded in the attack in Kabul. They were said to have serious but not life-threatening injuries, Krsticevic said on Wednesday.

Violence in Afghanistan has flared in recent weeks as the United States leads an effort to forge a peace deal with the Taliban after nearly 18 years of war.

About 100 Croatian soldiers are deployed in Afghanistan as part of the US Resolute Support Mission. Coalition soldiers help train and advise their Afghan partners.