Covid in France: Race to vaccinate in Bordeaux as rare variant detected 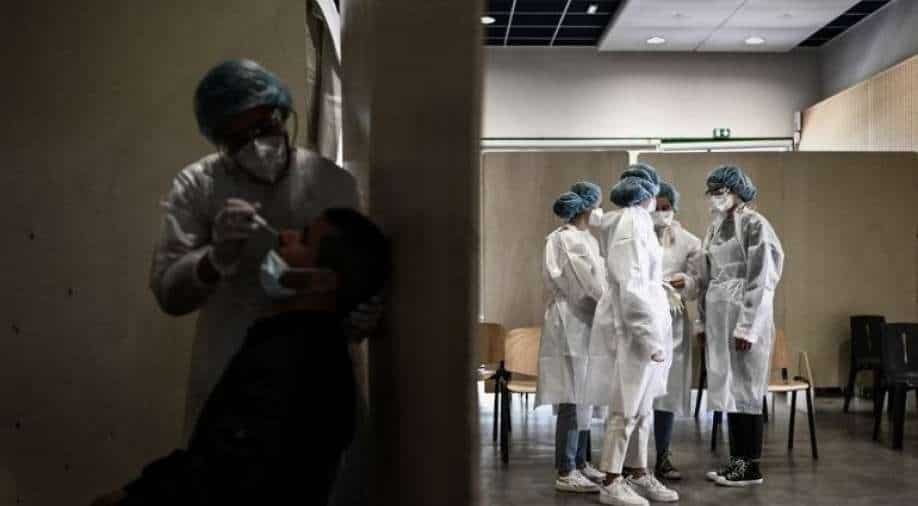 Labelled VOC 20I/484Q, the strain is related to the British variant of COVID-19, but with an additional mutation

The French city of Bordeaux will fast-track vaccinations for residents in one neighbourhood after nearly 50 people tested positive for a "very rare" variant of COVID-19, health authorities told AFP on Friday.

All adult residents of the city's northern Bacalan neighbourhood will be granted "unconditional" access to jabs, "this weekend or at worst early next week", said Patrick Dehail, medical advisor to the regional health authority.

"We are working with the (health) ministry to obtain the extra doses required," Dehail said, adding that the boosted local effort will then be expanded to the wider Bordeaux area.

"We are talking about a variant that has already been identified at the national level but which has been very rare until now," he added.

At least 46 people have been infected with the variant in the Bordeaux neighbourhood, with mass testing launched Friday to track down further cases. None of those infected so far has been hospitalised.

Labelled VOC 20I/484Q, the strain is related to the British variant of COVID-19, but with an additional mutation.

This mutation, (E484K), is also carried by the South African and Brazilian variants and is suspected of reducing the immunity acquired by either past infection or by some vaccines.

However, Dehail said there was as yet "no reason" to suggest that the variant is resistant to mRNA vaccines such as those made by Pfizer or Moderna, or that it causes a more serious form of COVID-19.

The variant has been detected in the northern Paris region as well as Bordeaux in southwest France.

In France as a whole, vaccinations have so far been limited to the over-50s, although people outside this age group can book unused slots advertised at short notice. All adults will be eligible for vaccinations in France from May 31.