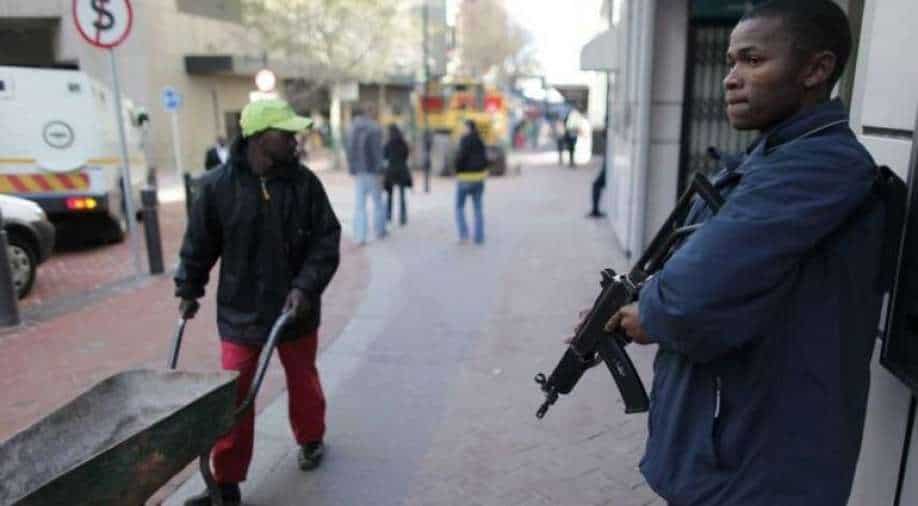 On Sunday (July 11) he received a call at midnight that his store was engulfed in flames as looting and violence, the worst in South Africa for years, escalated, wrecking hundreds of businesses

After losing 53 cars during the 2019 Johannesburg xenophobic attacks, Okey Uchendu never thought that his business of 11 years - a second-hand car dealership - would be burnt again in less than two years.

On Sunday (July 11) he received a call at midnight that his store was engulfed in flames as looting and violence, the worst in South Africa for years, escalated, wrecking hundreds of businesses.

"I feel like committing suicide because my livelihood has been taken away from me. I was sitting crying, helpless because I can't do anything," the 45-year old told Reuters standing next to his 58 burnt cars.

Like many small, medium-sized and microenterprises (SMME) businesses that were destroyed in the unrest, his dealership, which employed 16 people, is not insured, compounding any attempts of recovery.

Already buckling under the pressures of the COVID-19 pandemic and high unemployment, SMMEs like Uchendu's are the hardest hit businesses that may not recover from the unrest and risk adding to the already high unemployment rate.

A survey done last year by the Small Business Institute (SBI), revealed that as many as 55,000 SMMEs may not make it through the pandemic. With the unrest, this number is expected to rise, SBI CEO John Dludlu told Reuters.

"The one word that summarises the impact is: catastrophic," Dludlu added.

The South African Property Owners Association said on Wednesday (July 14) more than 200 malls have been looted or destroyed and over 600 stores burnt or damaged thus far.