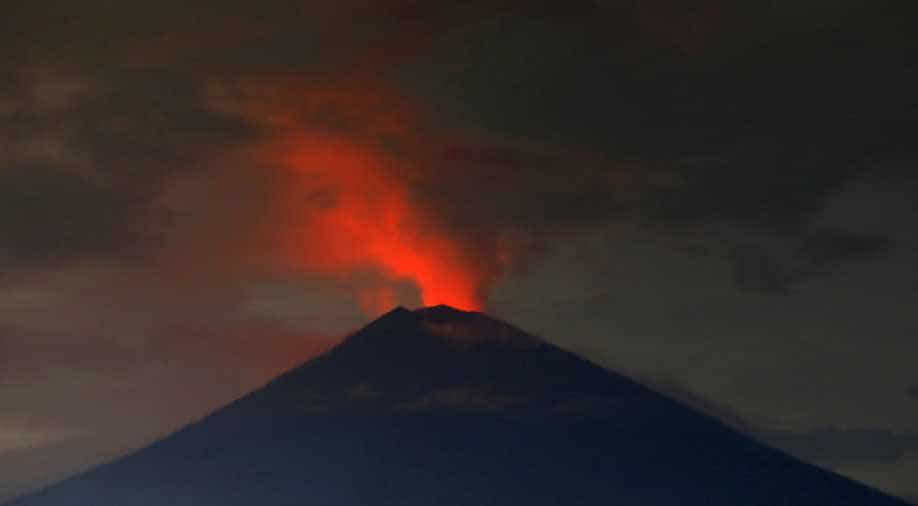 'The volcano is still on the highest alert level.' : Indonesian volcanology agency Photograph:(AFP)
Follow Us

The statement mentions that the Indonesian authorities have kept the Mount Agung on the highest level, as volcanic activities continue at a high pace inside the volcano.

It has also been informed that the nature and extent of hazard zone may change at any given time and that Indian nationals in Bali are directed to be alert and updated with the developments through their hotels, airlines and tour operators as well as avoid the hazard zone at all cost.

The officials also suggested that people having plans to travel to Bali must postpone them and if they need to travel at any cost, must consider taking travel insurance for an unforeseen situation such as flight cancellations or diversions.

Finally, the statement mentions that the travellers must carry sufficient funds to meet any exigencies that may come up.

Experts said Agung's recent activity matches the build-up to the earlier disaster, which ejected enough debris - about a billion tonnes - to lower global average temperatures by around 0.3 degrees Celsius for roughly a year.

While the volcano appeared to be belching less ash and smoke on Thursday, experts urged caution and have warned a major eruption could happen at any moment. It has already experienced a series of mini eruptions.