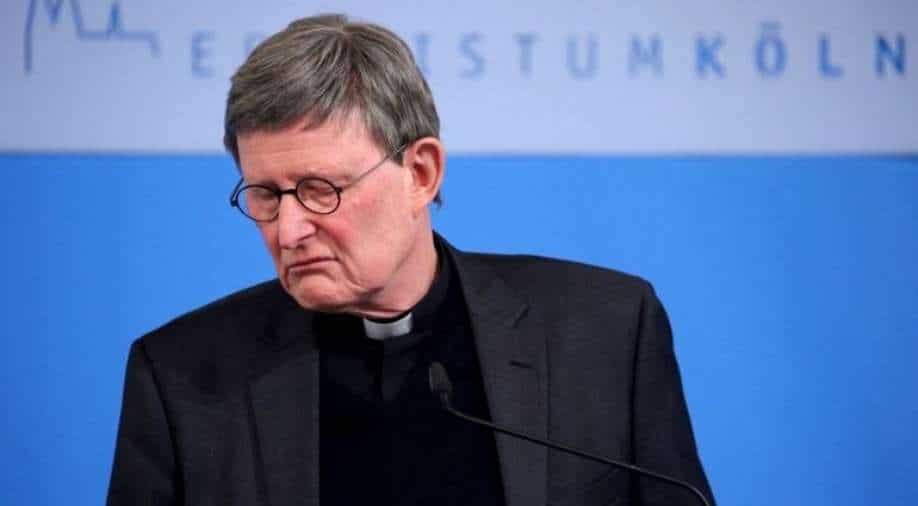 The 800-page report into the archdiocese of Cologne between 1975 and 2018 found 202 abusers and 314 victims, and said Church officials had failed in their duties in some 75 cases

The Archbishop of Cologne outlined steps on Tuesday to help victims report abuse, improve priests' training and keep better records to prevent future misconduct after a report on the handling of sexual abuse was released last week.

The 800-page report into the archdiocese of Cologne between 1975 and 2018 found 202 abusers and 314 victims, and said Church officials had failed in their duties in some 75 cases.

It prompted the Archbishop of Hamburg to offer his resignation to the Vatican and Cologne Archbishop Rainer Maria Woelki has suspended three other officials.

In his official public response to the report, Woelki, who was himself cleared, acknowledged many mistakes had been made and that victims had not been heard.

"The reputation of the church was given higher priority than the pain of the victims," he told reporters, adding that administrative chaos, unclear areas of responsibility and negligence had led to a cover-up caused by the system.

"This should never have been allowed to happen and it is high time we tackle it," he said. "I want to and I will listen," said Woelki, widely criticised for not publishing an earlier report and commissioning a new one instead.

He acknowledged that he had also made mistakes.

"Moral responsibility lies with me," Woelki said, adding that although he had not broken any laws, he had not done everything possible in the clearing up of cases.

The Archdiocese will set up a commission to work through abuse cases, introduce more rigorous procedures for investigating reports of abuse and be more meticulous in keeping records.

The report comes as the Catholic Church in Germany discusses a Synodal Path reform project on issues such as homosexuality, the ordination of women and sexual morality.

Launched a year ago by the bishops and laypeople, the project is aimed at rebuilding trust lost in the decade-old abuse scandal but some Catholics warn it could cause a schism.

An unprecedented number of people are leaving the Church in Cologne which with its landmark Gothic cathedral has the largest membership of any diocese in the German-speaking world.