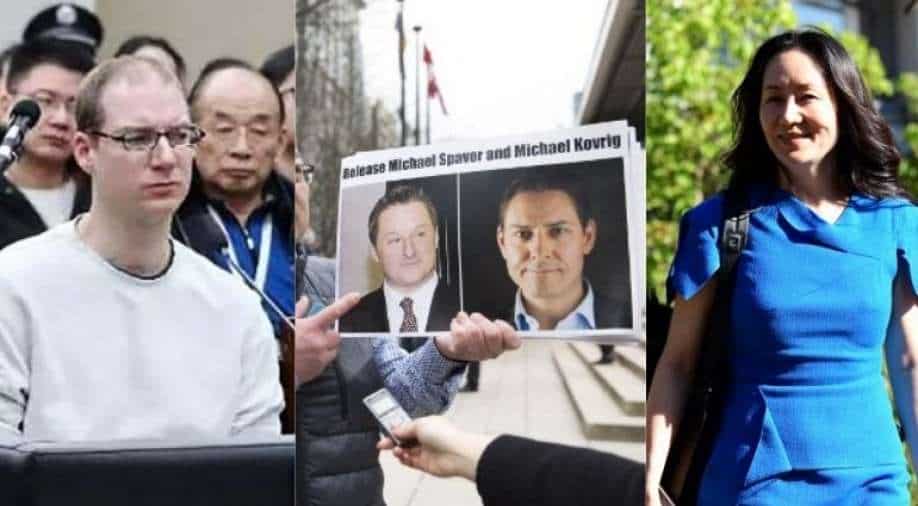 A Chinese court on Tuesday had upheld the death penalty for Canadian Robert Schellenberg in the drug peddling case amid diplomatic fallout with Canada.

A Chinese court sentenced Canadian businessman Michael Spavor to 11 years in prison in a spying case.

The Canadian was arrested three years ago with Michael Kovrig. The court said Spavor was convicted of espionage and illegally providing state secrets.

Ex-diplomat Kovrig was also charged with spying last year as a separate trial took place for him.

On Tuesday, a Chinese court upheld the death sentence to another Canadian Robert Schellenberg in the drug peddling case as foreign minister Marc Garneau condemned China's decision to uphold the death penalty.

The Chinese court said Spavor's 50,000 yuan in personal assets would be confiscated even as Canada accused Beijing of "hostage diplomacy".

However, China's foreign ministry said: "Schellenberg's case is of a completely different nature from Meng's case. Those who link the two together have ulterior motives."

The development comes even as Huawei executive Meng fights for extradition in a Vancouver court in a case linked to money laundering having being accused of defrauding HSBC bank in dealings with Iran.

Meng has maintained the HSBC case has been trumped up even as she remains under house arrest. The Huawei executive's hearings are due to end on August 20, however, there is no clarity on her extradition.

China has said Meng's case is "purely political" as the court battle has continued for the past three years amid diplomatic fallout with Canada.