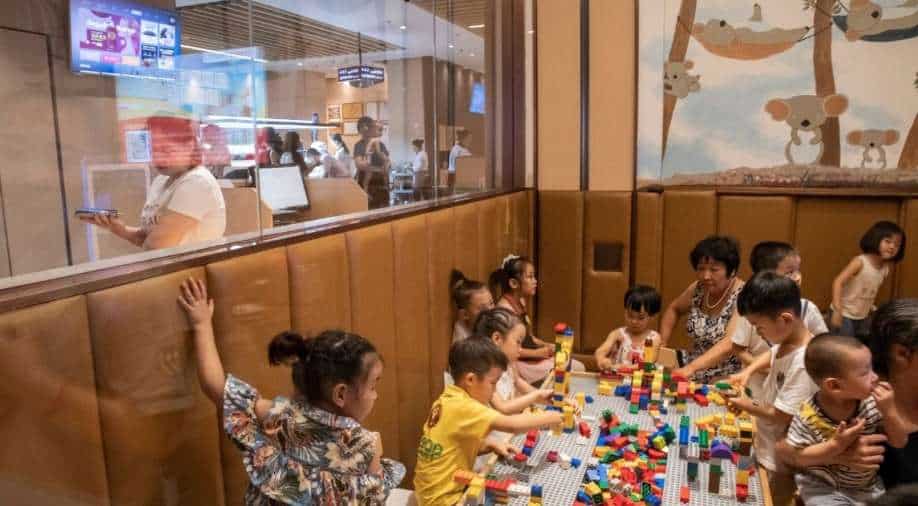 Beijing’s ability to maintain political and economic stability is paramount as the ruling Communist Party prepares the ground for Xi Jinping, China’s leader, to secure another term in power at a party congress late this year

When China’s legislature opened its weeklong annual session Saturday, Chinese leaders were eager to use the event to bolster confidence in the country’s economy.

Beijing used the National People’s Congress to pledge that China’s economy, the engine of global growth, will regain momentum despite a punishing slump in housing, rising commodity prices, scattered lockdowns to control coronavirus outbreaks and widespread uncertainty over the war in Ukraine.

Beijing’s ability to maintain political and economic stability is paramount as the ruling Communist Party prepares the ground for Xi Jinping, China’s leader, to secure another term in power at a party congress late this year. Xi has used a nationalistic vision of rejuvenation to justify his strongman rule and the party’s expanding grip into everyday life, but the challenges his country faces are grave.

The Chinese economy is slowing. Continued lockdowns and other stringent pandemic-control measures have hurt consumption. The average age of the population is rising fast, threatening to result in labor shortages. Officials are grappling with an unusually sustained wave of public anger about human trafficking and the shoddy protection of women.

Stabilizing China’s weak economy will be the central focus

On Saturday, Premier Li Keqiang announced that the government set a goal of "around 5.5%" economic growth for this year. That would signify continued gradual deceleration of the Chinese economy, although still faster growth than in most other countries.

Economies have rebounded strongly over the past year in the West, helped by heavy consumer spending as the pandemic ebbs at least temporarily. But China is on the opposite track. China’s economy expanded 8.1% last year but slowed markedly in the final months of last year, to 4%, as government measures to limit real estate speculation hurt other sectors as well.

Consumers, sometimes kept home by lockdowns and domestic travel restrictions, are pulling back.

A high level of household indebtedness, mainly for mortgages, has also dampened spending. Even exports appear to be growing a little less rapidly after spectacular growth through most of the pandemic.

“In pursuing economic development, China is under the triple pressures of shrinking demand, disrupted supply and weakening expectations,” Li said.

To offset weak consumption, Li announced another round of heavy, debt-fueled spending on infrastructure and on assistance to very poor households, particularly in rural areas.

Transfers from the central government to provincial governments, which mainly pay for social programs and infrastructure, will jump 18% this year.

Zhu Guangyao, a former vice minister of finance who is now a Cabinet adviser, had said at a news conference in late January that he expected the target to be about 5.5%. But Jude Blanchette, a China specialist at the Center for Strategic and International Studies in Washington, had suggested that global supply-chain difficulties and the economic and financial fallout from the war in Ukraine might prompt China to set a lower target.

At the congress, Blanchette predicted, “the biggest concern and the central focus is going to be the economy.”

How long will China seek to keep COVID-19 out?

China has kept the coronavirus almost completely under control within its borders after the initial outbreak in Wuhan two years ago, but at considerable cost: intermittent lockdowns, particularly in border cities, as well as lengthy quarantines for international travelers and sometimes domestic ones as well. Hints could emerge of how China intends to follow the rest of the world in opening up, although possibly not until next year.

Experts say China is unlikely to throw open its borders before the Communist Party congress late this year. When China does start opening up, it will want to avoid the kind of uncontrolled outbreak that has overwhelmed nursing homes and hospitals in Hong Kong, largely taking a toll on the city’s oldest residents, many of whom are unvaccinated.

But in interviews with state media, posts on social media and in public remarks in the past week, China’s top medical experts have begun dropping clues that the country is looking for a less stringent approach that protects lives without being overly disruptive to the economy.

The challenge for Beijing is increasing the rate of vaccination among the country’s older population. In December, a senior health official said the country’s overall vaccination rate was high but only half of citizens older than 70 were vaccinated.

China’s COVID-19 strategy relies heavily on mass surveillance of the population’s movements — with mobile phone location tracking as well as swift containment of buildings and neighborhoods when cases emerge — to impose mass testing and quarantines.

But in a sign of Beijing’s concern about the economic toll of such measures, the National Development and Reform Commission ordered local governments last month not to impose unauthorized lockdowns. The top economic planner said governments “must not go beyond the corresponding regulations of epidemic prevention and control to lock down cities and districts, and must not interrupt public transportation if it’s unnecessary or without approval.”

Officials have struggled to contain the public outrage that erupted after a short video of a woman chained in a doorless shack went viral in late January. The woman in east-central China’s Jiangsu province, who was described by government investigators as having been abducted in 1998, had given birth to eight children.

Her case drew renewed public attention to the long-standing problem of trafficking in women. Decades of the country’s one-child policy led to a shortage of women, after families abandoned newborn girls or aborted female fetuses in favor of boys. Many men now find it hard to locate wives, and some have resorted to criminal gangs who abduct women.

In a tacit acknowledgment of the immense public anger that has erupted in recent weeks, Li pledged to take action against human trafficking, without going into specifics. “We will crack down hard on the trafficking of women and children and protect their lawful rights and interests,” he said.

Close to a dozen lawmakers and members of a top political advisory body have proposed measures to address the problem, including suggesting more severe punishments for buyers of abducted women and children.

But changing laws through the National People’s Congress is a lengthy process, and the congress often leaves this to its standing committee, which convenes every couple of months, and sometimes more often. “I don’t expect the NPC to take any specific legislative action on the social issues,” said Changhao Wei, who is the founder, manager and editor of a blog that tracks the Chinese legislature.

No such legislation appeared on the agenda released Friday before the opening of the National People’s Congress.

Beijing will probably be tight-lipped on the war in Ukraine

In many countries, a legislative gathering would offer a chance for robust debate on the war in Ukraine. But China’s Communist Party-controlled congress is a gathering so rigidly controlled and swaddled in ritual that the whole point seems to be to keep controversy at bay.

Beijing’s pact with Moscow a month ago and the subsequent Russian invasion of Ukraine may get scant mention. China’s country’s foreign minister, Wang Yi, will hold a news briefing Monday at which he is expected to reiterate Beijing’s stance that Russia’s security interests should be respected and that both sides should hold talks.

Guo Shuqing, China’s top banking regulator, said Wednesday that China would not join Western sanctions on Russia and planned to maintain normal trade and financial relations with Russia and Ukraine.

The clearest signal on foreign policy may come not from Li’s work report but from his budget, a document scheduled for release Saturday. The budget is expected to call for another large increase in military spending, which grew four times as fast last year as nonmilitary spending by the central government and provincial governments.