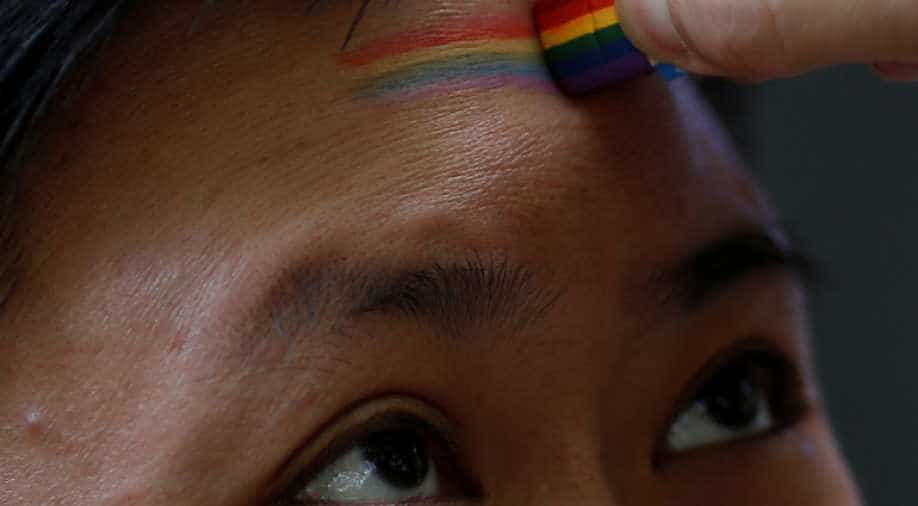 There are no laws against same-sex relations in China and despite growing awareness of LGBT issues, the community has been the target of censors in recent months.

Limiting marriage to a relationship between a man and a woman will remain China's legal position, a parliament spokesman said on Wednesday, ruling out following neighbouring Taiwan in allowing same-sex marriage, despite pressure from activists.

Taiwan's parliament passed a bill in May that endorsed same-sex marriage, after years of heated debate over marriage equality that has divided the self-ruled and democratic island.

China, which claims Taiwan as its territory, has a thriving gay scene in major cities, but there has been little sign the ruling Communist Party will legalise same-sex marriage.

Asked at a news briefing whether China would legalise same-sex marriage, Zang Tiewei, spokesman for parliament's legal affairs commission, said Chinese law only allowed for marriage between one man and one woman.

"This rule suits our country's national condition and historical and cultural traditions," he said. "As far as I know, the vast majority of countries in the world do not recognise the legalisation of same-sex marriage."

Individual Chinese legislators have occasionally in the past few years proposed measures during the annual meeting of the largely rubber-stamp parliament every March to legalise same-sex marriage, without success.

There are no laws against same-sex relations in China and despite growing awareness of LGBT issues, the community has been the target of censors in recent months, fuelling fears of growing intolerance.

Activists have asked people in China to propose amendments to a draft civil code en masse, though they have admitted they see little chance of success. The parts of the code relating to marriage are expected to pass into law next year.

The code makes changes on issues such as sexual harassment, divorce and family planning, but does not further the rights of the LGBT community, drafts published by parliament show.

Zang said the marriage section of the draft civil code maintains the bond as being between a man and a woman.

Prominent gay rights activist Sun Wenlin said he was disappointed in the comments, but not surprised.

"I feel that my partner and I are sacrificing our happiness for the country's legal system," said Sun, who three years ago had his application to legally marry his partner rejected by a Chinese court.

"They are undermining our life plan of choosing to marry the person we love."

He added, "I feel I am being excluded, and am absolutely not a consideration for policymakers."

Another activist, who asked not to be named, told Reuters there were cases in China of same-sex partners who had lost their homes after one of them died, as they lacked the legal protection of marriage.

"We hope these tragedies don't keen happening," the activist said.