China will not set target to double GDP from 2021: party official 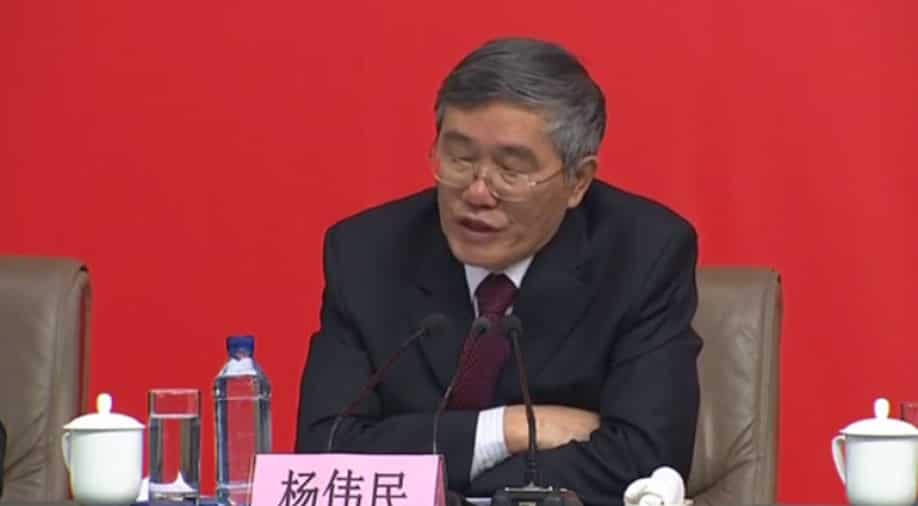 Yang said the 16th CPC National Congress put forward the?target?of building a moderately prosperous society in all respects by 2020, which will be fulfilled in the next three years, and the "two-step" approach is a plan for the next 30 years. Photograph:( Reuters )

A senior Chinese official on Thursday interpreted the importance of the two-step approach mentioned in Xi Jinping's report to the 19th National Congress of the Communist Party of China(CPC).

Yang Weimin, deputy head of the Office of the Central Leading Group on Finance and Economic Affairs, said the "two-step" approach mapped out the timetable and roadmap of China's socialist modernization, and its importance lies in four aspects.

He first explained the background of the "two-step" approach. He said in the beginning of China's reform and opening up in the 1970s, the CPC proposed a "three-step" development strategy of socialist modernization -- to double the 1981 Gross National Product (GNP) and ensure the provision of basic material needs by 1990; to double the 1991 GNP by the end of the 20th century and bring people's living standards to a level of "reasonable prosperity"; to quadruple that new GNP to the level of moderately developed countries by mid-21st century, and bring the Chinese people an affluent life.

The first two targets have been achieved ahead of schedule, he noted.

Yang said the 16th CPC National Congress put forward the target of building a moderately prosperous society in all respects by 2020, which will be fulfilled in the next three years, and the "two-step" approach is a plan for the next 30 years.

"The first is that it mapped out the timetable and roadmap of socialist modernization," said Yang.

He explained that the 19th CPC National Congress divide the period between 2021 and 2050 into two 15-year stages.

He said after completing the building of a moderately prosperous society in all respects by 2020, China aims to basically realize socialist modernization from 2021 to 2035 and to develop China into a great modern socialist country that is prosperous, strong, democratic, culturally advanced, harmonious, and beautiful.

"(The second is that) we have brought forward the target of basically realizing socialist modernization 15 years earlier than scheduled. It shows our development achievements are tremendous and have exceeded the expectations. It also shows that we have a great potential in the future and the trend remains favourable for long-term growth. Of course, I'm very confident with such an arrangement as it is good to encourage people of all ethnic groups to strive for it," said Yang.

"The last point is that the target of doubling the GDP is no longer mentioned. In this stage, it does not mean we don't want growth rate. What do we need? We will strive to solve the unbalanced and inadequate development through quality, efficiency and impetus. We stopped talking about doubling the GDP in a bid to better implement the new development concept and promote the overall development of the Party and the country," said Yang.