China: Typhoon Lekima death toll rises to 44 as it moves up coast near Beijing 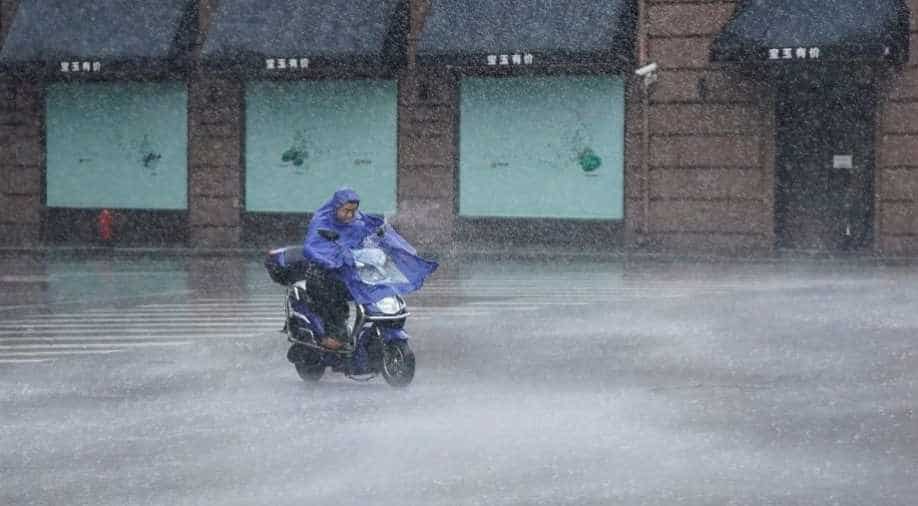 A man rides an electric scooter in the rainstorm as typhoon Lekima approaches in Shanghai, China. Photograph:( Reuters )

At least 16 people were still missing as the storm moved further up the coast near Beijing.

A monster storm that smashed its way up the eastern China coast and forced more than a million residents to flee has killed 44 people, state media said Monday.

At least 16 people were still missing as the storm moved further up the coast near Beijing.

Official Xinhua news agency said the toll had risen to 39 in Zhejiang province, where Lekima made landfall on Saturday, packing winds of nearly 190 kilometres per hour (120 miles per hour) and pounding the coast with waves several metres in height.

At least 18 of those were killed in a landslide triggered by torrential downpours in Wenzhou, state media said.

More than a million people were evacuated from their homes ahead of the typhoon, Xinhua reported.

Lekima hit Shandong province later on Sunday, where the local emergency management department reported five dead and seven missing, as well as the relocation of more than 180,000 people and damage to 600 homes.

The natural disaster has inflicted economic losses of more than 24.22 billion yuan (US$3.4 billion) in Zhejiang alone, authorities said.

Rescue workers were shown on CCTV using boats and rope pulleys to carry out stranded residents over the weekend.

More than 3,200 flights have been cancelled due to the typhoon, the state broadcaster reported, as Beijing, Shanghai and other cities grounded planes.

In Shanghai, more than 90 tourist sites including Disneyland have closed ahead of the storm, with most set to re-open Monday or Tuesday.