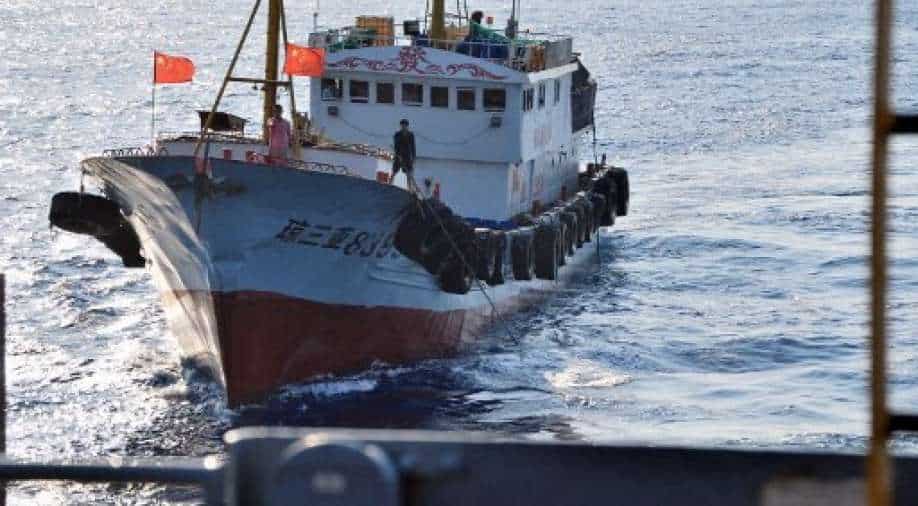 China reportedly accounts for 70 per cent of global squid catch and its ships sail far and wide looking for the fish while travelling as far as West African and Latin American waters.

China said it has temporarily banned fishing for squids in parts of the Pacific and Atlantic Oceans amid reports of overfishing which was led to scarcity.

According to a World Wildlife Fund (WWF) report, unregulated fishing in the Indian Ocean is on the rise. The WWF report said fishing off the coast of Oman had grown 830 per cent in five years which was mostly done by Chinese-flagged fishing vessels.

As the demand for seafood continues to rise, the WWF said China's squid operations is conducted widely in the eastern Pacific and the South Atlantic.

According to the WWF, a rapid escalation of "unregulated squid fishing" poses a threat not only to the squid but also to the food chain since squid is a major source of food for tuna.

China reportedly accounts for 70 per cent of global squid catch and its ships sail far and wide looking for the fish while travelling as far as West African and Latin American waters.

Reports said China is set to temporarily ban squid operations in the southwest Atlantic until September 30 including in parts of the Pacific from September to November.

China's distant-water fishing fleet is the largest in the world, according to a report. The fleet is "highly fragmented" and registered in other jurisdictions.

The report by Overseas Development Institute(ODI) said that China had 16,966 vessels which is five or eight times larger than previous estimates with most trawlers in the northwest Pacific with several taking part in unregulated and unreported fishing.

A report by NGO Oceana published this month had revealed that 800 foreign vessels from China, Taiwan, South Korea and Spain had conducted 900,000 hours of fishing near Argentina’s exclusive economic zone (EEZ).

The report said ships have been turning off their satellite tracking systems for extended periods in an attempt to catch more fish with the Chinese fleet responsible for the most number of "gap events".

Argentina has had major problems with illegal trawlers around its waters.

In 2016, Argentina had sunk a Chinese trawler after authorities said it was fishing illegally. The Argentinian authorities fired warning shots as it chased and sank the vessel. The Chinese government at the time had expressed serious concern over the incident as it called for an investigation.