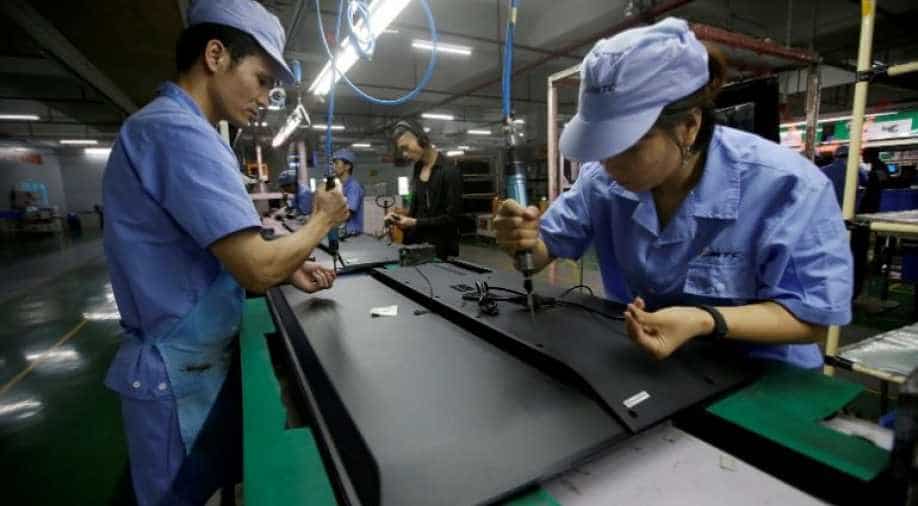 China's elderly population is increasing while its workforce is getting smaller by the day due to the now scrapped one-child policy.

A demographic time bomb has become the latest worry of the Chinese regime with the elderly population in China increasing rapidly.

China's national pension fund is rapidly depleting and the fertility rates are at an all-time low as the country encourages couples to have more babies.

However, the Chinese workforce is getting smaller by the day. The Communist Party is mulling increasing the retirement age as a one-shot solution for all the problems but the idea has triggered outrage even before its implemented.

For more than four decades China's retirement age has remained unchanged - 60 years for men and 55 years for women civil servants & white-collar workers but the Chinese regime is facing what experts call a "demographic time-bomb".

China's elderly population is increasing while its workforce is getting smaller by the day due to the now scrapped one-child policy. In 2018, nearly China's 250 million among 1.4 billion people were aged 60 or above. The figure is expected to increase to 300 million by 2025 and to 400 million by 2035.

The Chinese population is greying fast and postponing retirement is being seen as the only solution. The Communist Party has unveiled its plan to do it in a gradual manner, however, no specifics have been given but observers expect the retirement age to increase in at least the next 5 years.

The plan has already sparked outrage on Chinese social media. Chinese citizens say the decision will only adversely impact the health of the elderly and will not lead to any economic development but the fact is China is desperate.

There is another reason why it wants to postpone retirement. The national pension fund of China is running out of money. Businesses have either reduced their contribution or stopped contributing to provincial pension funds during the Wuhan virus pandemic.

Reports say the state pension fund could run dry by 2035. Those born in the 1980s could become the first generation in modern china to get no pension when they retire adding to the worries is the rapidly declining fertility rate in China.

The options before the Chinese regime is limited with the demographic time bomb ticking making the elderly work for longer seems to be the only way out.