China halts listings between Shanghai, London due to tensions: Sources 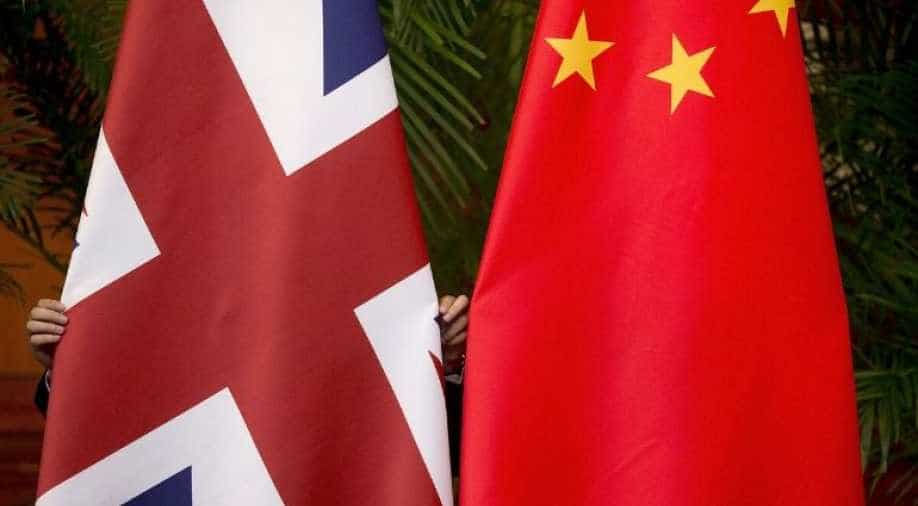 Suspending the Shanghai-London Stock Connect scheme casts a shadow over the future of a project meant to build ties between Britain and China, help Chinese firms expand their investor base and give mainland investors access to UK-listed companies.

China has temporarily blocked planned cross-border listings between the Shanghai and London stock exchanges because of political tensions with Britain.

Suspending the Shanghai-London Stock Connect scheme casts a shadow over the future of a project meant to build ties between Britain and China, help Chinese firms expand their investor base and give mainland investors access to UK-listed companies.

The sources, who include public officials and people working on potential Shanghai-London deals, all said that politics was behind the suspension.

Two of them highlighted Britain's stance over the Hong Kong protests and one pointed to remarks over the detention of a now former staff member at its consulate in Hong Kong.

All five sources have been involved in talks with Chinese officials and spoke on condition of anonymity because they are not authorised to speak about the matter publicly.

British companies and banks involved in the scheme are watching closely how recently-elected Prime Minister Boris Johnson approaches relations with Beijing and what stance he takes on Hong Kong, which has been roiled by protests.

China blames the Hong Kong unrest, heavily supported by an anti-government movement seeking to curb controls by Beijing, on interference by foreign governments including the United States and Britain.

The China Securities Regulatory Commission and the Shanghai Stock Exchange did not respond to requests for comment. A spokesperson for the London Stock Exchange and a spokeswoman for the UK's finance ministry declined to comment.

China's Ministry of Foreign Affairs said in a faxed statement that it is not aware of the specifics, but added that it "hopes the UK can provide a fair and unbiased business environment for Chinese companies that invest in the UK and create the appropriate conditions for both countries to carry out practical cooperation smoothly in various fields".

Stock Connect, which began operating last year, was devised as a way of improving Britain's relationship with the world's second-biggest economy and was seen as a major step by China to open up its capital markets as well as linking them globally.

Huatai Securities was the first Chinese company to use the scheme in May, with SDIC Power set to become the second in December with a listing of global depository receipts (GDRs) in London representing 10 per cent of its share capital.

However, the alternative energy operator's deal was postponed at an advanced stage, with SDIC Power citing market conditions as the main reason.

Other hopefuls such as China Pacific Insurance, which one of the sources said could have launched a deal as early as the first quarter of 2020, have also been told to put their cross-border listing plans on ice, they added.

SDIC Power and China Pacific Insurance did not respond to requests for comment.

"It's not only a big blow to the companies looking to broaden the investor base via listings in London, but also to China's links with global markets," one source, who has worked on one of the GDR deals.

Trouble with the scheme comes at a bad time for Britain, which is keen to build ties with non-European Union countries as it prepares to leave the bloc, and the LSE.

The London exchange was set for its worst year in terms of new listings in a decade as of December 4, Refinitiv data showed, with political volatility and concerns over Britain's EU divorce crimping stock market fundraisings.