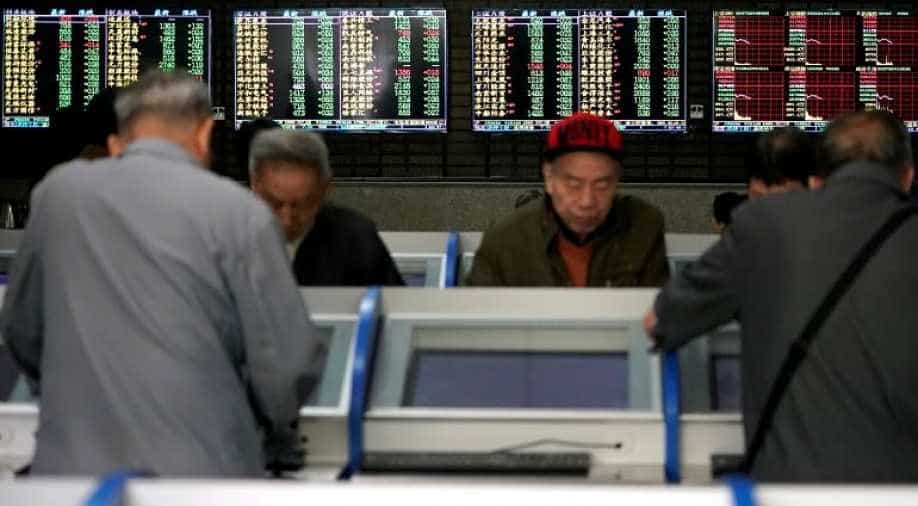 The White House's trade adviser on Monday said the US-China Phase 1 trade deal would likely be signed in the next week, but said confirmation would come from President Donald Trump or the US Trade Representative.

Asian shares slipped on the last trading day of the decade, echoing falls on Wall Street, as investors locked in gains made since the United States and China reached a preliminary trade deal earlier this month.

Early in the Asian trading session, MSCI's broadest index of Asia-Pacific shares outside Japan was down 0.39 per cent, its weakest performance since December 4. For the month, the index is still up 5.7 per cent.

The index has gained 16 per cent this year, a sharp turnaround from a 16.2 per cent drop last year but lagging a 23.8 per cent year-to-date gain in MSCI's global share index.

"We are seeing some profit-taking into year-end," said Ryan Felsman, senior economist at CommSec in Sydney, adding that progress on resolving the 17-month-long US-China trade war remained a positive factor for investors into the new year.

The White House's trade adviser on Monday said the US-China Phase 1 trade deal would likely be signed in the next week, but said confirmation would come from President Donald Trump or the US Trade Representative.

"We think that the global growth situation is improving, we're seeing better industrial profits in China ... green shoots in the manufacturing sector on the back of an improvement in the trade situation is a key catalyst going forward," he said.

While easing trade concerns and steps toward a resolution of Britain's exit from the European Union have helped reduce some near-term market uncertainty, investors remain uneasy with a recession seen as inevitable in the new decade.

China's modest gains built on Monday's rally, which was driven by a combination of strong retail sales growth and hopes that a new benchmark for floating-rate loans could lower borrowing costs.

Markets in Japan and South Korea were closed for a holiday.

US Treasury futures were lower, reflecting an implied yield of 1.82 per cent. That followed a rise in benchmark US Treasury yields on Monday that pushed the US two-year, 10-year yield curve to its steepest in 14 months.

The dollar index, which tracks the greenback against a basket of six major rivals, was 0.06 per cent lower at 96.686.

Gold continued its rally on a weakening dollar. On the spot market, the precious metal was changing hands at $1,520.16 per ounce, up 0.33 per cent.

We need to change e-car approach in China: Volkswagen CEO

Tesla hikes electric car prices in the US; holds a line in China