China braces for second-wave of coronavirus, absolves itself of blame for negligence 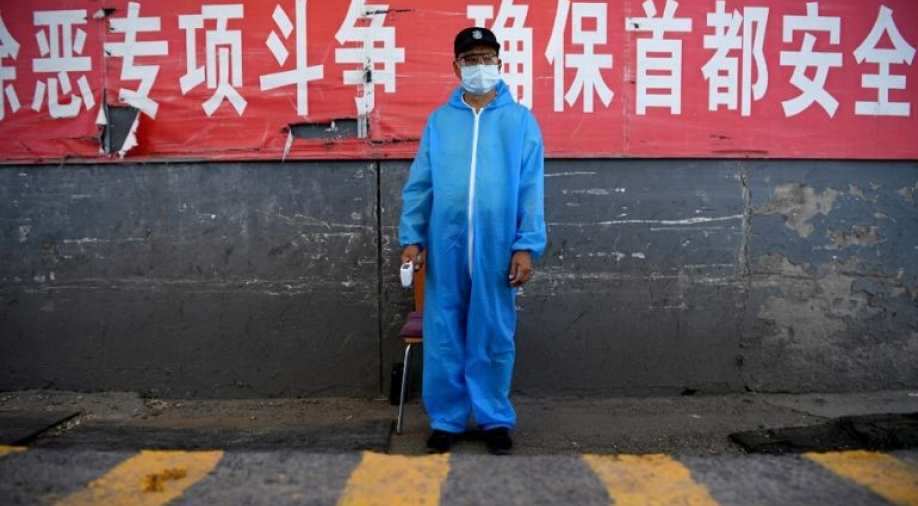 A security guard wearing a protective mask and suit stands at a checkpoint at the Xinfadi market in Beijing on June 14, 2020 Photograph:( AFP )

While other countries report the surge in cases, death toll, an economic collapse, all laden with the suffering of humanity, China has worked hard to come off as “in control”

While the world reels from the COVID-19 pandemic, amid increasing fears of a second-wave, the headlines around the world have been tiptoeing around fear and action to contain the crisis.

On the other hand, one country is preaching the message of the perception of normalcy.

While other countries report the surge in cases, death toll, an economic collapse, all laden with the suffering of humanity, China has worked hard to come off as “in control”.

The message of how Beijing had won its battle against this pandemic was rampantly spread across the country.

Also read: All about the optics: Chinese media goes full-throttle to make Jinping look like a 'messiah'

Now, the virus has resurfaced in China. A fresh outbreak was reported in Beijing with 79 new cases over the last four days, all linked to a local food market. This marks the biggest concentration of infections since February. The city has also reported its highest daily infection count since March.

Xinfadi, a sprawling wholesale food market located in south-western Beijing. The rise in infections is said to be linked to a cluster of cases traced back to this market.

The Global Times, a Chinese government backed publication has carried a story to establish this claim. “The novel coronavirus was detected on a chopping board used by a seller of imported salmon at Xinfadi market”, it said.

Also read: China did a better job at containing COVID-19 than the US, most countries believe

“China imports 80,000 tons of chilled and frozen salmon each year from Chile, Norway, Australia and Canada”, the publication added.

In a nutshell, China is saying that it’s not to be blamed for the contaminated environment of its markets or for the reemergence of the virus.

Meanwhile, global stocks are tanking, investors are becoming anxious. Professionals fear a situation similar to March is replaying in the country.

Even though the virus emerged from a wet market, China has refused to shut those. China and the WHO said the markets were just an affordable source of food.

Additionally, China has been accused of misreporting cases, botching recovery rates, and presenting a rosy picture.