China did a better job at containing COVID-19 than the US, most countries believe 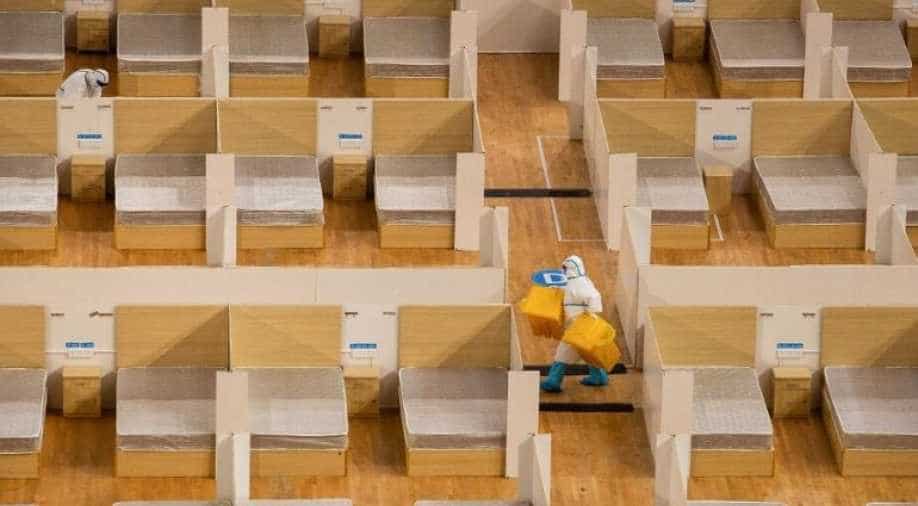 A staff member removes waste after the final patients were discharged at a temporary hospital set up to treat people with the COVID-19 coronavirus in a sports stadium in Wuhan, in China's central Hubei province on March 8, 2020 Photograph:( AFP )

A new poll has revealed that most countries believe China did a better job at containing and dealing with the COVID-19 pandemic than the United States.

Only three out of the participant 53 countries believed that the US had done a better job than its Chinese counterpart.

The poll was conducted by the German firm Dalia Research and the Alliance of Democracies Foundation, which is headed by NATO Secretary-General Anders Fogh Rasmussen. 120,000 people from 53 countries took part in the poll.

In terms of the satisfaction to COVID-19 response, countries with the highest rating were Greece (89 per cent), Ireland (87 per cent), South Korea, Australia, and Denmarks with 86 per cent each. At the bottom rung in terms of satisfaction were Brazil, France, Italy, the US, and the UK, which are also the hardest-hit countries around the world.

One-third of the responders claimed that the US response to the virus was satisfactory, while over 60 per cent believed China’s response was adequate.

Only three countries - Taiwan, South Korea, and the United States ranked the US over China in terms of its response.

US Secretary of State Mike Pompeo is about to hold a major conference pertaining to democracy and its future alongside major Hong Kong activist Joshua Wong and former Secretary of State John Kerry. This comes in the backdrop of China’s national security laws in the city of Hong Kong, which is being largely perceived as an attack on democracy in the city.

In another survey, only a third of Europeans believed US President Donald Trump was a positive force for global democracy, while half claimed it had created a negative imprint. This witnessed a decline of four per cent since last year’s survey.

Out of the all 15 European countries part of the survey, Germany put US’ negative score on global democracy at -40 per cent, while others echoed the same sentiment.