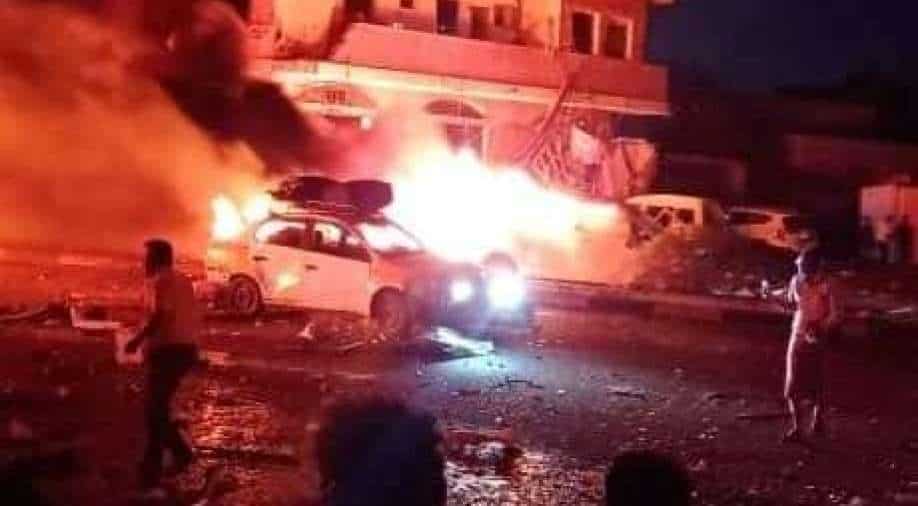 A car exploded near the entrance of the international airport of Yemen's southern port city of Aden on Saturday, resulting in at least 12 casualties. One security source said the car exploded at an outer entrance to the airport near a hotel.

"Twelve civilians were killed in an explosion" in the vicinity of Aden airport and "there are also serious injuries", said the official, who spoke on condition of anonymity. The cause of the blast remains unknown.

A car explosion targeted the outer gate of Aden International Airport, leaving at least ten killed and many injured. The car exploded near a bus and lots of taxis carrying people. #SouthYemen #Yemen pic.twitter.com/6Ypl78mo6Q

Aden is the temporary home of Yemen's internationally-recognised government. The current government comes as a part of a coalition backed by Saudi Arabia, who have been fighting the Iran-aligned Houthi group for nearly seven years. The government and the Southern Transitional Council (STC) are nominal allies under the Saudi-led coalition.

This comes almost three weeks after six people were killed in a car-bomb attack that targeted Aden's governor. However, he managed to survive.

Instability in the south complicates various peace efforts led by the United Nations to end the war in Yemen which has killed tens of thousands of people.

Yemen also happens to be the home to Al-Qaeda in the Arabian Peninsula. The militant organisation keeps launching periodic attacks against fighters aligned with the country's authorities as well as the insurgents.