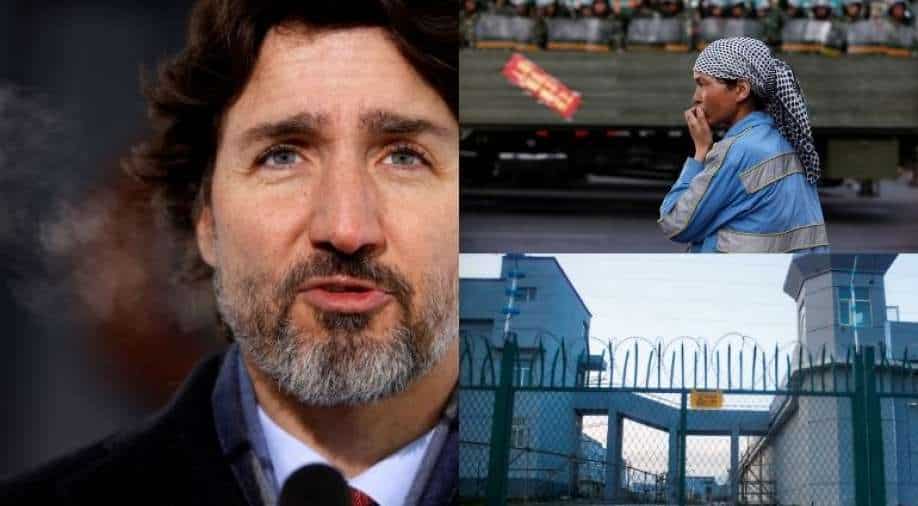 Trudeau said there was 'no question' of the immense human rights violations reported happening in Xinjiang Photograph:( Reuters )

Canadian Prime Minister Justin Trudeau said on Tuesday that Canada and other countries are mulling labelling China's treatment of Uighurs a genocide.

The comments come after former US president Donald Trump last month called the treatment of Uighurs living in China's Xinjiang genocide and crimes against humanity.

"It's a word that is extremely loaded and is certainly something that we should be looking at in the case of the Uighurs," Trudeau was quoted as saying by news agency AFP in a news conference.

"I know the international community is looking very carefully at that and we are certainly among them, and we will not hesitate from being part of the determinations around these sorts of things."

Trudeau also said there was "no question" of the immense human rights violations reported happening in Xinjiang.

"We are extremely concerned about that and have highlighted our concerns many times. But when it comes to the application of the very specific word 'genocide,' we simply need to ensure that all the I's are dotted and the T's are crossed in the processes before a determination like that is made," the Canadian CM said.

Human rights groups say at least a million Uighurs and Turkic-speaking Muslims are held in detention camps in Xinjiang.

Recently, media reports quoted Uighur women who said they were raped by Chinese authorities in these camps.