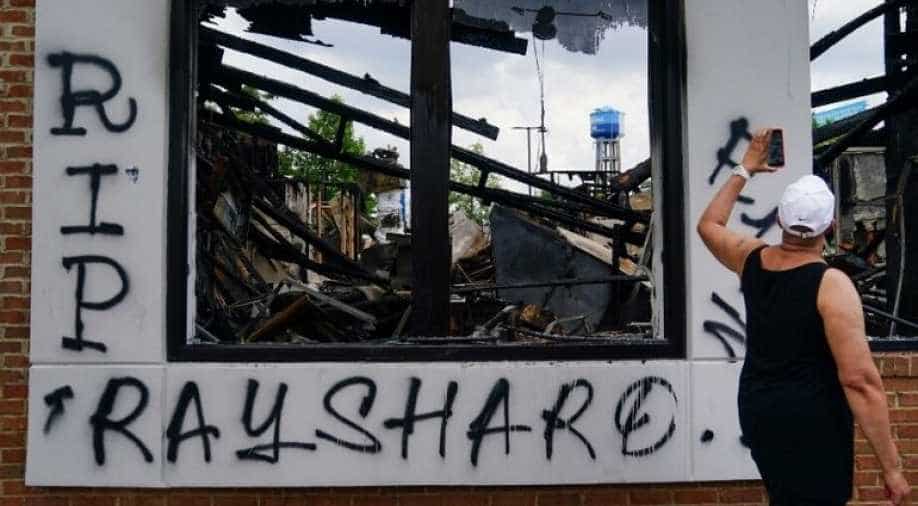 "RIP Rayshard" is seen spray painted on the outside of a burned Wendy’s restaurant on the second day following the police shooting death of Rayshard Brooks in the restaurant parking lot June 14, 2020, in Atlanta, Georgia. Photograph:( AFP )

Brooks was shot at by an officer, who succumbed to gun shot wounds in the back

The death of another Black man by a police officer in the United States, Rayshard Brooks, in Atlanta has triggered a fresh wave of protests in the country against police brutality and racism.

Brooks was shot at by an officer, who succumbed to gun shot wounds in the back.

The Fulton country medical examiner’s office has ruled it as homicide, while protests continue to rage for the fourth straight week in the country.

Brooks, 27, died from blood loss and organ injuries caused by the gunshot wounds, the autopsy revealed.

The statement from the medical examiner’s office referred to the manner of death as “homicide”. 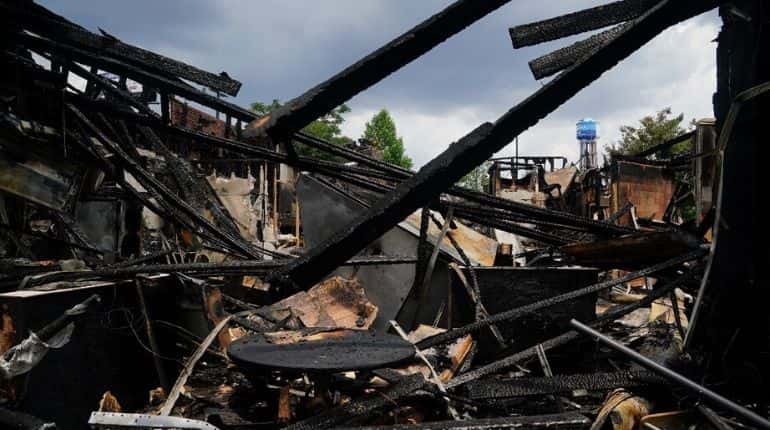 A burned Wendy’s restaurant is seen on the second day following the police shooting death of Rayshard Brooks in the restaurant parking lot June 14, 2020, in Atlanta, Georgia | AFP

Allegedly, Brooks was asleep in the drive through lane of a Wendy’s restaurant in Atlanta, after which an employee called the police. In the process of this, he was shot in the back, leading to his death.

Protests soon circled a Wendy’s store and set it on fire, the visuals of which made rounds on social media.

Earlier, George Floyd was knelt on by a police officer for almost 9 minutes which led to his death and spurred global outrage spreading as far as New Zealand and France.

Protesters in Atlanta were heard chanting “This is not a riot” while demanding justice for the murder.

The body camera footage of the police encounter with Brooks showed the conversation beginning in a friendly manner, but as officers proceeded to arrest him, there was restraint. As he fled with a taser gun, one of the officers shot him, after which he fell to the ground.