Britain pledges legislation to adopt air quality goals based on WHO 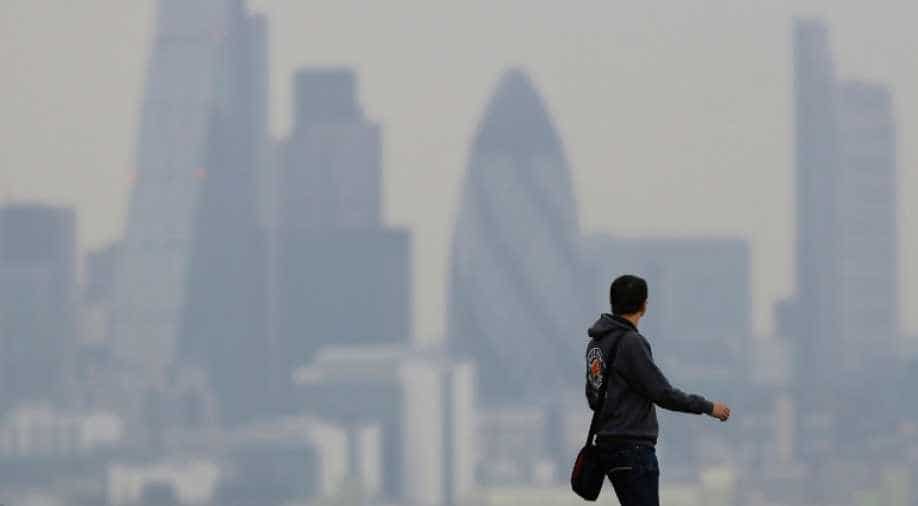 A man walks through Greenwich Park as a haze of pollution sits over the London skyline. Photograph:( Reuters )

Britain on Monday pledged to fight air pollution and introduce new legislation this year on air quality to save lives and billions of pounds for the economy.

Last year, the government published plans to reduce emissions from cars and planes. In addition to cars, diesel-only trains will also be phased out by 2040.

The strategy, which also looks to tackle home, farming and industrial pollutants, commits Britain to halve the number of people who live in areas breaching WHO guidelines on pollution as poor air quality in British cities comes under scrutiny.

On Friday, Attorney General Geoffrey Cox gave consent for a new inquest to be opened into the death of Ella Kissi-Debrah, a nine-year-old asthma sufferer who died in 2013, after her family argued that the initial inquest ignored the role air pollution might have played in her death.

A petition to Cox by the family said there was evidence Kissi-Debrah's hospital visits were linked to illegal levels on air pollution near her home in South London. Cox said that the evidence meant the family could apply for a new inquest at the High Court.

She would be the first person in Britain to have her death legally linked to air pollution as charities and pressure groups bid to raise awareness of the impact poor air quality has on health.

"Thousands of lives are lost every year in the UK because the air we breathe contains dangerous particles," said Simon Gillespie, Chief Executive at the British Heart Foundation, adding the strategy need matching with legislative action.

"We urgently need these guidelines adopted into national law, to accelerate coordinated, bold and ambitious action that will protect people's heart and circulatory health wherever they live in the UK."