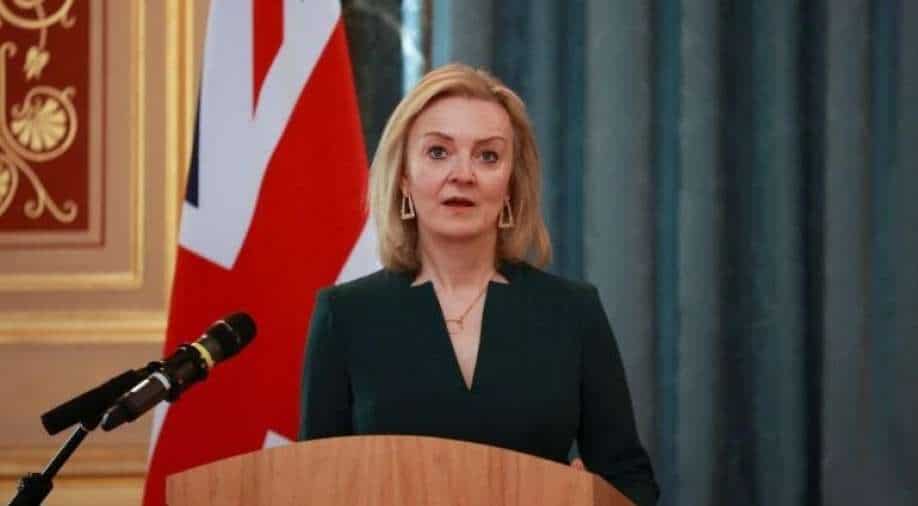 Britain alleges that it has traced the Russian disinformation campaign to eight platforms including Telegram, Twitter, Facebook and Tik Tok. It has also accused the country of trying to recruit and coordinate with new supporters who then target Kremlin critics' profiles. Photograph:( Reuters )

Argentina and Britain have long disputed ownership of the Falklands, with Argentina claiming sovereignty over the British-run islands it calls the Malvinas

The United Kingdom has lambasted China for supporting Argentina's claim to the Falkland Islands.

British Foreign Secretary Liz Truss said in a tweet that the United Kingdom completely rejected "any questions over sovereignty of the Falklands.''

''The Falklands are part of the British family and we will defend their right to self-determination. China must respect the Falklands' sovereignty,'' she wrote.

We completely reject any questions over sovereignty of the Falklands.

The Falklands are part of the British family and we will defend their right to self determination.

China's BRI is a trillion-dollar push to improve trade links across the globe by building landmark infrastructure, and the inclusion of Argentina is a major win for Beijing in Latin America.

Chinese companies invested more than $20 billion in non-financial direct investment on projects in BRI countries in 2021, according to China's commerce ministry.

The deal came as Argentine President Alberto Fernandez made a three-day visit to China during which both sides also said they would continue to support each other on issues concerning sovereign interests.

The statement backed each other's territorial claims, the Falkland Islands for Argentina and China's dispute over Taiwan.

Relations with China have already been strained on multiple fronts, including Britain's joining a US-led diplomatic boycott of the Beijing Winter Olympics to protest China's human rights record.

Argentina and Britain have long disputed ownership of the Falklands, with Argentina claiming sovereignty over the British-run islands it calls the Malvinas. The dispute led to a brief war in 1982.

The Falklands sit about 480 km (298 miles) northeast of the southern tip of South America. Fishing accounts for around half of its $300 million GDP, which along with oil and gas exploration, helped propel economic growth by 11 per cent a year on average between 2009-2018.

The economy ground to a halt last year when COVID-19 hit sectors such as tourism. The departure of the United Kingdom from the European Union has also presented a challenge because it has led to tariffs on the territory’s fish exports.

In contrast with several other small overseas territories, the Falkland Islands does not receive any direct budgetary assistance from the UK.