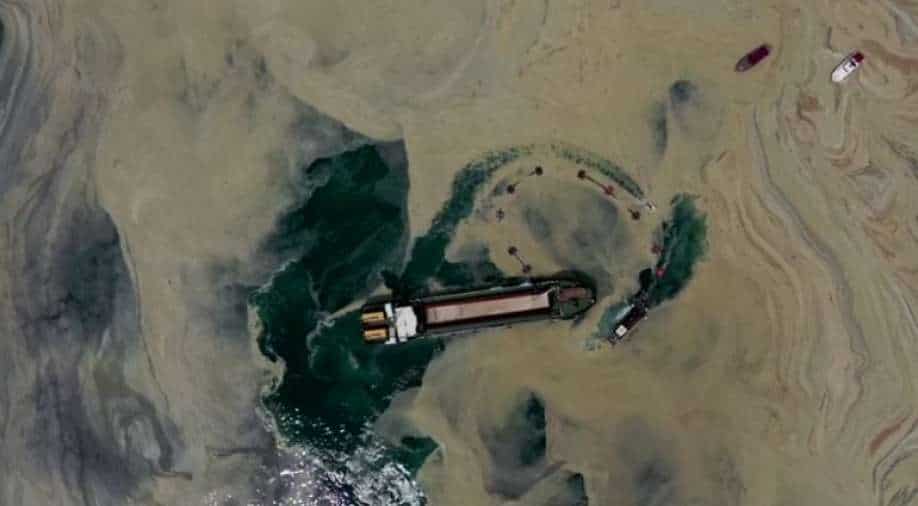 Dramatic drone footage showed boats, yachts and cargo ships anchored near Istanbul on Tuesday, and the sea water was seen fully covered with a thick layer of organic matter, known as marine mucilage.

The thick, slimy layer of so-called "sea snot" is spreading in Turkey's Sea of Marmara to the south of Istanbul, at alarming levels, posing a growing threat to marine life and the fishing industry. Some has sunk below the waves, suffocating seabed life.

Climate change and pollution are thought to have contributed to the proliferation of the organic matter which contains a wide variety of microorganisms and can flourish when nutrient-rich sewage flows into seawater.

Dozens of sea surface-cleaning and barrier-laying boats, as well as several other vessels, have been working to prevent the spread of the mucilage.

The Turkish Environment and Urbanization Ministry said Illegal fishing and "ghost" nets would be halted and Turkey would declare Marmara a protected area by the end of 2021.