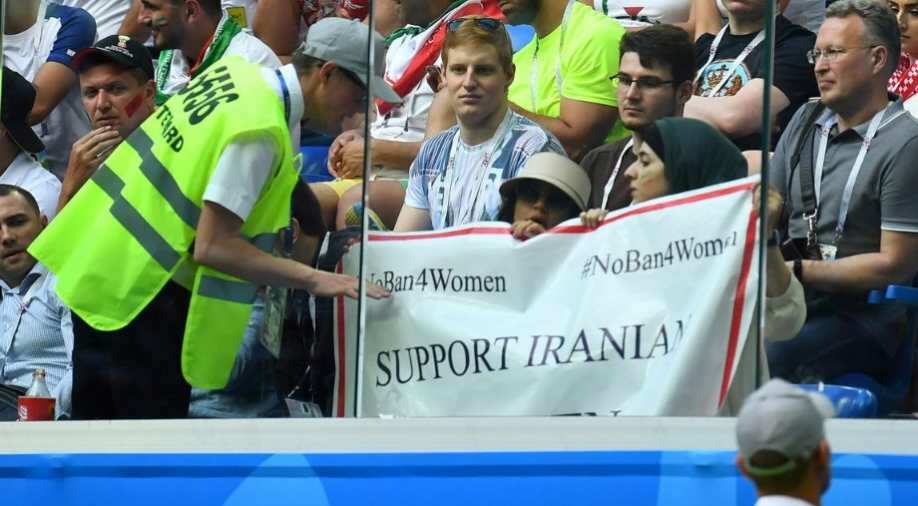 Sahar Khodayari, dubbed 'blue girl' because of the colours of the team she supported, Esteghlal FC, was reportedly detained when she tried to enter a stadium dressed as a man to watch them last year.

An Iranian football fan who set herself ablaze and died after being arrested for trying to enter a stadium had "confessed her mistake" when she was questioned, the judiciary said Saturday.

Sahar Khodayari, dubbed "blue girl" because of the colours of the team she supported, Esteghlal FC, was reportedly detained when she tried to enter a stadium dressed as a man to watch them last year.

She died of her injuries in a Tehran hospital after setting herself on fire outside a court last week.

Her death sparked outrage online, with celebrities and activists using the hashtag #blue_girl to urge the sport's world governing body FIFA to ban Iran from competitions and fans to boycott matches.

Iranian women spectators have been barred from football and other stadiums in the Islamic republic since 1981, despite international pressure to let them attend.

Iran's Vice President for Women and Family Affairs Masoumeh Ebtekar on Tuesday asked the judiciary to investigate her death.

The judiciary said, without naming anyone, that a young woman had been arrested when trying to enter a stadium and faced charges of offending "public chastity and insulting" law enforcement officers.

On Saturday, judiciary spokesman Gholamhossein Esmaili said Khodayari "had clearly confessed her mistake during questioning, accepted it and expressed regret". He did not give further details.

Esmaili, who was quoted by the judiciary's Mizan Online website, said no sentence had been issued against her since there had been no trial to begin with.

The spokesman also dismissed reports she had been told she would be jailed for six months as "fabricated rumours and hearsay".

Esmaili said such reports "stirred public opinion" and provided material for "foreigners and enemies" of Iran.

Despite the boycott calls following her death, Khodayari's father told Mehr news agency that she did not "sacrifice" herself for any cause.

Iran has come under pressure from FIFA to allow women to attend qualifiers for the 2022 World Cup, and was reportedly given a deadline of August 31 to comply.

The sports ministry said last month that women fans would be allowed into the stadium when Team Melli -- as the national team are known -- play their next home qualifier on October 10.

Clerics argue that Iran's ban on women attending sports events is to protect them from the masculine atmosphere and sight of semi-clad men.