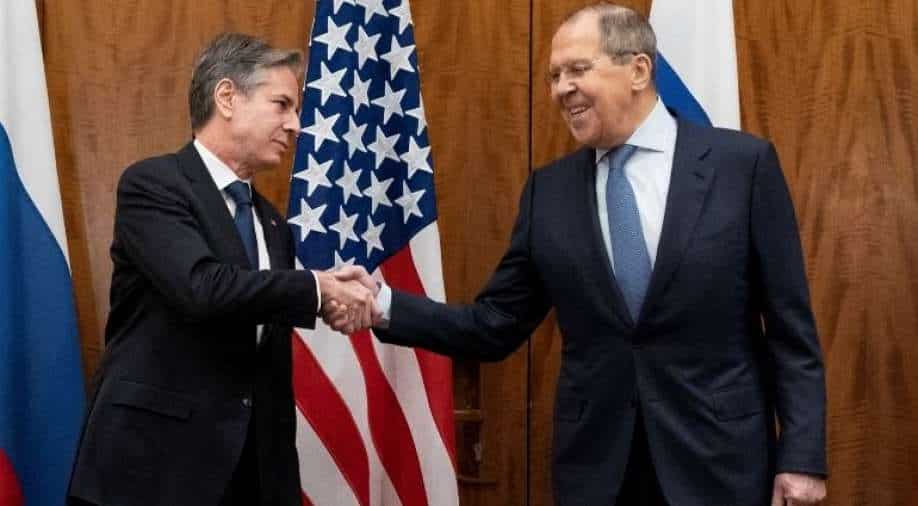 There are roughly 100,000 Russian troops massed along Ukraine's border, and US President Joe Biden said this week that his "guess" is that Russia will "move in" to Ukraine.

In an attempt to defuse tensions along the Russian-Ukrainian border, US Secretary of State Antony Blinken met with his Russian colleague, Foreign Minister Sergey Lavrov, on neutral territory in Geneva on Friday.

Both leaders toned down hopes of a breakthrough before the discussions, but they emerged afterward, hinting that diplomacy will continue at the very least.

Blinken said that Lavrov repeated to him today that Russia has no intention of invading Ukraine.

Blinken told reporters that he and Lavorov "agreed that it's important for the diplomatic process to continue." He said it was "really up to Russia to decide which path it will pursue."

Many believe that, with an estimated 100,000 Russian troops massed near Ukraine, Moscow is planning an invasion, despite Russia's denials.

The US and its allies are scrambling to put on a united front to prevent this from happening, or to arrange a forceful response if they can't.

The conversations were viewed as a possible last-ditch attempt at communication.

According to Lavrov, the US has promised to deliver written responses to Russian demands on Ukraine and NATO the following week.

This could, at the very least, postpone any impending aggression for a few days.

On the other hand, Lavrov refused to define the pledge.