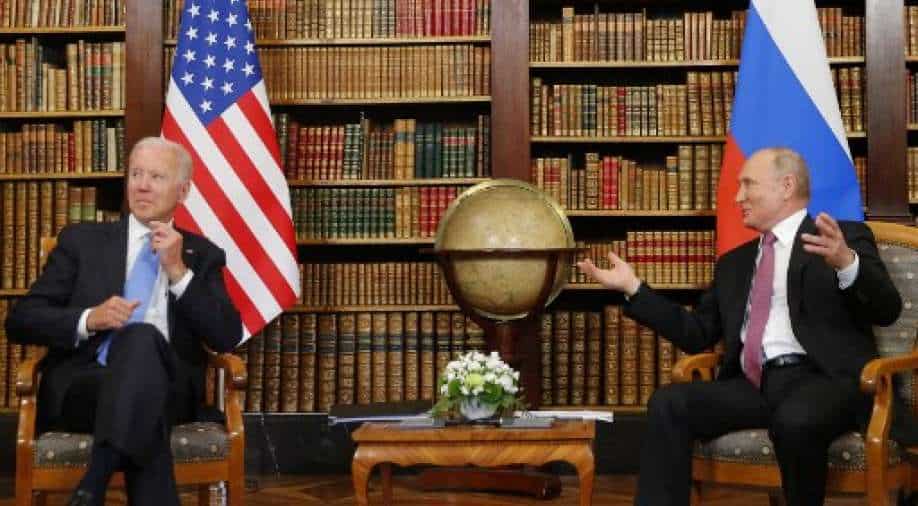 The leaders will reportedly discuss the implementation of agreements reached during their previous meeting in Geneva, Switzerland, the situations in Afghanistan, Iran, Libya and Syria, as well as the Ukrainian crisis

US President Joe Biden and Russian counterpart will be holding talks via video call on Tuesday, according to media reports, as tensions escalate between the two nuclear-powered countries over reports of Russia troops build-up near the Ukrainian border.

Kremlin spokesman Dmitry Peskov confirmed plans on Saturday to Russia's state news agency RIA Novosti and said it will take place in the evening. Peskov added that “the presidents will decide themselves” how long the conversation will last.

The leaders will reportedly discuss the implementation of agreements reached during their previous meeting in Geneva, Switzerland, the situations in Afghanistan, Iran, Libya and Syria, as well as the Ukrainian crisis.

Putin and Biden are also expected to cover strategic stability issues, and the Russian side will ask for guarantees against the North Atlantic Treaty Organization's eastward expansion, Ushakov said.

The Russian official said that the oil market, climate change, and the fight against the COVID-19 pandemic could also be on the agenda.

The United States, its NATO allies and Ukraine are accusing Moscow of amassing troops near the Ukrainian border, and Kyiv says it fears Russia is planning an attack.

However, Moscow denies plans to invade Ukraine, and accuses Kyiv of building up its own forces to attack territory held by pro-Russian separatists.

Russia has been pushing for top-level talks with the US for weeks and has floated the idea of seeking legally-binding security guarantees from the West.

Earlier, Ukraine's defence minister declared that Russia was ready for escalation in January raising fears of an invasion while informing that the Putin regime had launched exercises along the border and had started "winter training".

The Biden administration had declared earlier that it had evidence that Russia was set to attack Ukraine despite Kremlin's denial.