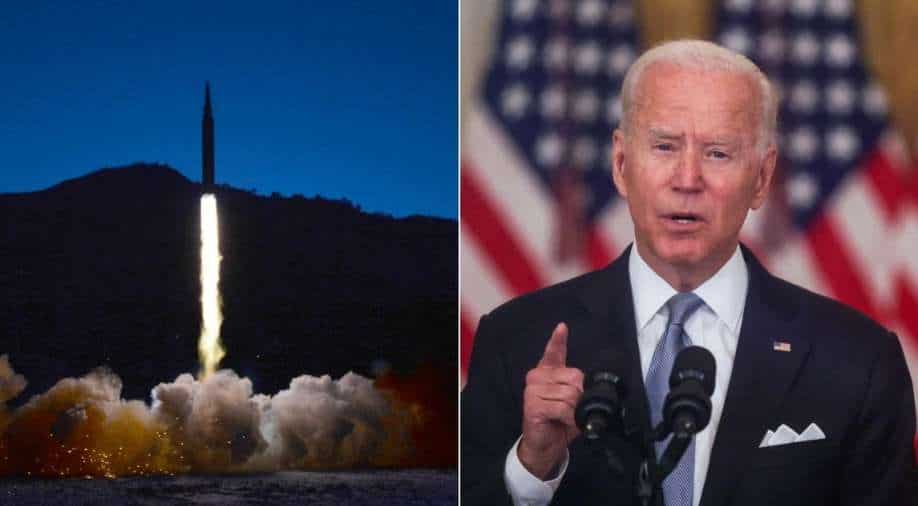 In a released statement, the US Treasury Department said that the United States remains committed to seeking 'dialogue and diplomacy' with the DPRK but will also continue to address the threat posed by the DPRK's 'unlawful weapons' programme

The Biden administration on Wednesday (January 12) imposed first sanctions on North Koreans linked to ballistic missile programme after Pyongyang said it conducted the launch of a hypersonic missile.

The United States has imposed sanctions on North Korean and Russian individuals and entities for their support of or links to North Korea's ballistic missile programmes.

In total, six North Koreans, one Russian and a Russian firm have been slapped with sanctions as Washington said they were responsible for "illegally procuring goods for the programmes from Russia and China".

While announcing the sanctions, Brian E Nelson, the Under Secretary of the Treasury for Terrorism and Financial Intelligence in a statement mentioned the illegal procurement of goods for weapons.

Nelson said that the latest launches "are further evidence that it continues to advance prohibited programs despite the international community's calls for diplomacy and denuclearization."

In a released statement, the Treasury Department said that the United States remains committed to seeking "dialogue and diplomacy" with the DPRK.

However, it added that the US will also continue to address the threat posed by the DPRK's "unlawful weapons" programme to the US and the international community.

As per the statement, one of the North Koreans being sanctioned, Choe Myong Hyon, was based in Russia and had provided support to North Korea's Second Academy of Natural Sciences (SANS).

Meanwhile, North Korean state media reported on Wednesday that the country's leader, Kim Jong Un, personally oversaw the successful test of the hypersonic missile, the second such launch by the nuclear-armed nation in less than a week.

State news agency KCNA said the most recent test demonstrated "the superior manoeuverability of the hypersonic glide vehicle." It claimed it hit a target some 1,000 kilometres (620 miles) away.