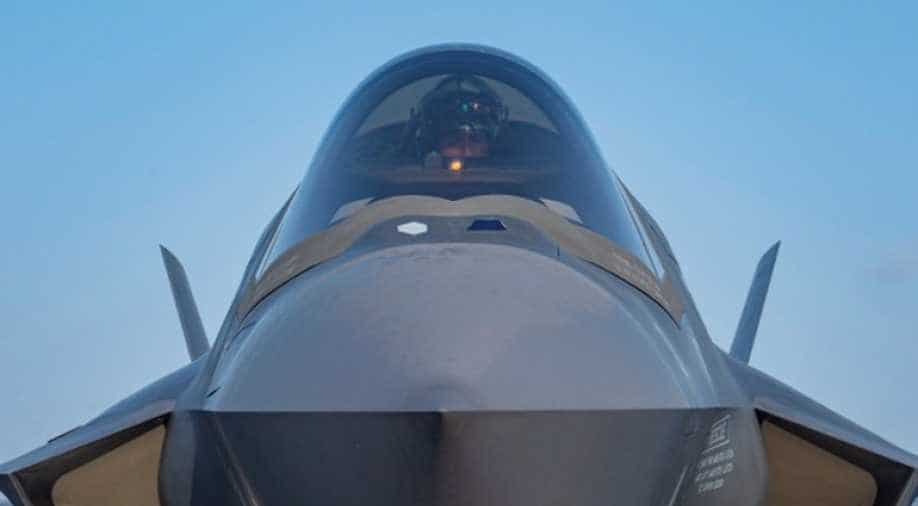 Belgium said on Thursday it had chosen Lockheed Martin's F-35 stealth jets over the Eurofighter Typhoon to replace its ageing F-16s in a 4 billion euro ($4.55 billion) deal, saying the decision came down to price.

Belgium said on Thursday it had chosen Lockheed Martin's F-35 stealth jets over the Eurofighter Typhoon to replace its ageing F-16s in a 4 billion euro ($4.55 billion) deal, saying the decision came down to price.

After months of deliberation, the decision to buy 34 of the planes was announced at a government news conference.

Belgium joins a list of other European NATO allies, including Britain, the Netherlands, Italy and Turkey, to take the American-made plane, which is also set to be the US military's main fighter aircraft for decades to come.

"We have landed! This government is investing heavily in defence. With the purchase of F-35A fighter planes ... we ensure your safety and that of our military," Belgian Defence Minister Steven Vandeput said on Twitter during the news conference.

"The offer from the Americans was the best in all our seven evaluation criteria," he later told reporters.

The jets, which can avoid detection and tracking by enemy radars or heat sensors, aim to offer NATO allies technological superiority with additional capabilities such as the ability to disrupt enemy communications networks and navigation signals.

The pick makes Belgium the 12th country to choose the F-35, which comes in three variants - the F-35A conventional take-off and landing model, the F-35B, a short take-off or vertical landing version, and the F-35C, used aboard aircraft carriers.

Belgium has chosen the conventional version of the plane, with the first deliveries scheduled for 2023.

Vice Admiral Mat Winter, US F-35 programme chief, said the decision would further strengthen ties between the United States and Belgium and make it easier for the two countries' air forces to work together on future missions.

The decision is a setback for Britain, Germany, Italy and Spain, who are behind the Eurofighter programme, and also means the rejection of an informal French offer to sell Belgium the Rafale fighter built by Dassault Aviation.

However, Britain's BAE Systems is also a partner on the F-35 project.

Eurofighter also sees good prospects in Canada, which was part of the initial F-35 partnership, but has not made a decision to buy the U.S. aircraft. Exact terms of the Canadian competition are due to be released next year.

Prime Minister Charles Michel's government said despite a strong desire to support European allies, the F-35 was cheaper for Belgium over the long term, coming in 600 million euros ($684 million) under what the government budgeted for.

The total price of the deal, including the jets, pilot training, hangars and upkeep until 2030 was worth 4 billion euros, Vandeput said, compared with the original budget of 4.6 billion euros.

Over the 40-year life of the aircraft, the deal will cost Belgium 12.4 billion euros, rather than the 15 billion euros first projected, he said.

Belgium looks to have benefited from Lockheed Martin's strategy to reduce the cost of the jets as production has increased. US President Donald Trump and other US officials have criticised the F-35 programme for delays and cost overruns.

Each plane is likely to cost Belgium around 76 million euros, slightly less than the amount paid by the Netherlands and Italy, according to Belgian newspaper Le Soir, citing a closed-door briefing by Belgian air force personnel to lawmakers on Wednesday, when the final decision was taken.

Michel also defended the decision to choose a US company over European neighbours as a way to balance loyalties to the American-led NATO alliance and defence spending in Europe.

"We are choosing cooperation with NATO and for European defence," Michel told the news conference. He said money saved on the F-35 would be used for other defence projects.

With defence spending just under 0.9 per cent of economic output on defence in 2017, Belgium is one of the worst performers in trying to meet a NATO target of 2 per cent by 2024, which Trump says is already too low and should be at least 3 per cent.

Deputy Prime Minister Kris Peeters said 30 per cent of the components for the F-35 will also come from Europe.