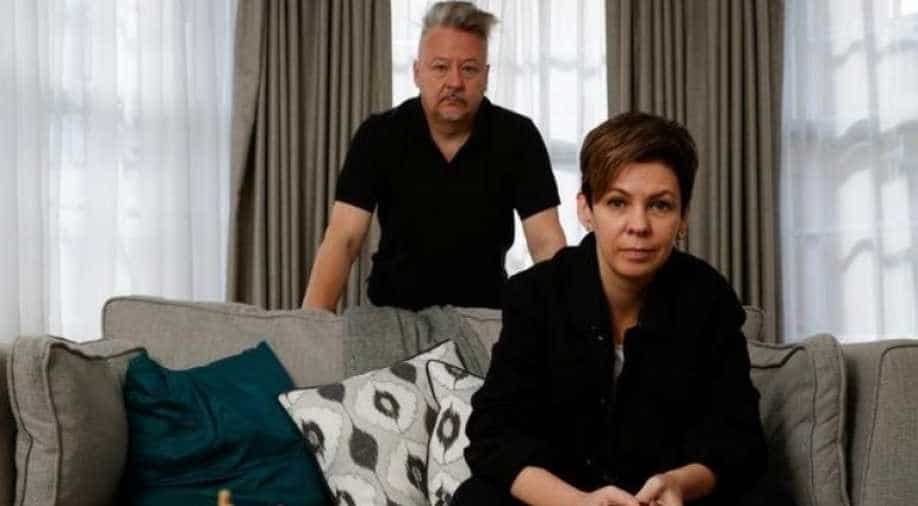 Their actors are forced to perform the plays clandestinely in private apartments, garages, warehouses and forests and have sometimes been jailed following raids by the KGB secret police

Theatre director Natalia Kaliada says she was working under lockdown long before the coronavirus pandemic, forced to work at a distance with actors and others in her native Belarus after being driven into political exile in London nearly a decade ago.

Her ‘Belarus Free Theatre’, which has operated underground since dissident artists founded it in 2005, is marking its 15th anniversary just as Belarus is convulsed by protests against its veteran president, Alexander Lukashenko.

For Kaliada and her husband Nicolai Khalezin, also an artistic director, having to create and rehearse plays only online is nothing new.

“When coronavirus happened and lockdown started all over the world... it was a very interesting experience because suddenly all people, like from European theatres, they started to reach out to us and say, could you share how to rehearse online?” she told Reuters.ift

“We consider ourselves to be in lockdown for all the years of our existence (as a theatre)... We teach online, we rehearse online, we run conferences online. So, for us it wasn’t a new experience.”

She and Khalezin have long been directing via Skype powerful plays by contemporary dramatists which chronicle corruption and oppression in Belarus under Lukashenko, who has led the former Soviet republic for 26 years. He denies any wrongdoing.

Their actors are forced to perform the plays clandestinely in private apartments, garages, warehouses and forests and have sometimes been jailed following raids by the KGB secret police, including during the current protests over a presidential election in which Lukashenko was declared the winner.

Khalezin said he views the turmoil in Belarus as “the best gift we could get on our anniversary... (though) with a heavy price” as it allows for new performances and projects “directly linked to this new reality in which we currently live”.

However, the coronavirus pandemic has forced the couple to cancel plans this year to stage in London and the United States a new play “Dogs of War”, set in an authoritarian dystopia in the near future. They still hope to stage it at a later date.

That play, Kaliada said, is meant “as a warning shout to what might happen to democracy. And we say that Belarussians have been, for the last 26 years, living the possible future of Europe and America, if Europeans and Americans will not act in time to defend their rights”.

Western powers are preparing economic sanctions on Belarus following Lukashenko’s crackdown on the protesters, who accuse him of rigging the August 9 presidential election, a charge he denies. The protests have left him more reliant on his security forces, and on Russian backing, to stay in power.

Kaliada and Khalezin remain hopeful that Belarusians will soon be free to watch their theatre’s productions in public, not underground and in constant fear of the secret police.