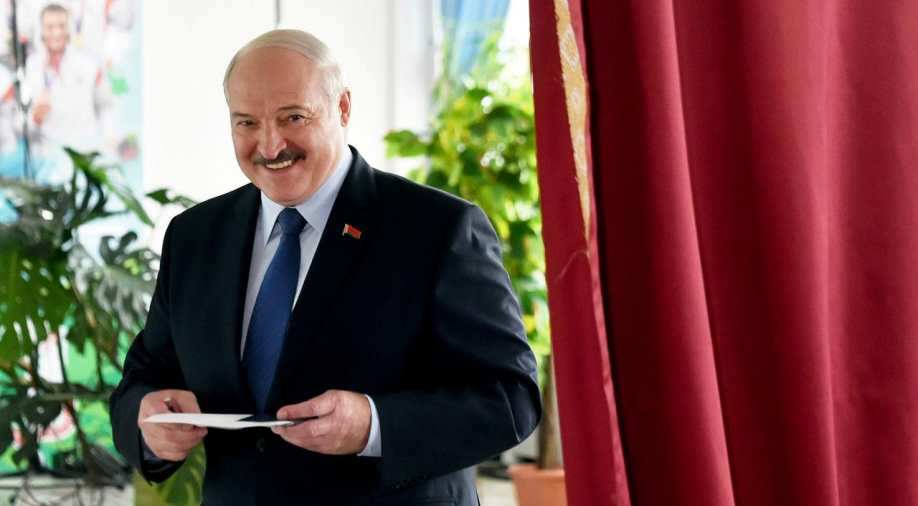 Figures from the election commission said Lukashenko had won 80% of the vote in Sunday's election. Svetlana Tikhanouskaya, a former English teacher who emerged from obscurity to become his main rival, won 9.9% of the vote, the data showed.

Belarusian President Alexander Lukashenko won a landslide re-election victory, the central election commission said on Monday, after bloody clashes between riot police and thousands of protesters who said the poll was rigged.

Figures from the election commission said Lukashenko had won 80% of the vote in Sunday's election. Svetlana Tikhanouskaya, a former English teacher who emerged from obscurity to become his main rival, won 9.9% of the vote, the data showed.

Foreign observers have not judged an election to be free and fair in Belarus since 1995, and the run-up to the vote saw authorities jail Lukashenko's rivals and open criminal investigations into others who voiced opposition.

A former Soviet collective farm manager, Lukashenko has ruled the country since 1994, but is facing his biggest challenge in years to keep his grip on power amid disenchantment in some quarters over his handling of the COVID-19 pandemic, the economy and his patchy human rights record.

The streets were quiet in the capital Minsk and other cities after violence on Sunday night when police used force to try to disperse thousands of protesters who gathered after polls closed to denounce what they said were illegitimate elections.

Spring 96, a rights group, said at least one person had been killed in the van incident. It said dozens had been injured in the clashes and that over 100 people had been detained.

Authorities said nobody had lost their life in the violence, but that 10 police officers had been injured.

Tikhanouskaya, who entered the race after her blogger husband who intended to run was jailed, was expected to speak later on Monday.

On Sunday, she called on her supporters to prevent what she called provocations and for authorities to refrain from violence. Her rallies have drawn some of the biggest crowds since the fall of the Soviet Union in 1991.

Lukashenko's attempts to crack down on protests could hurt his wider effort to mend fences with the West amid fraying ties with traditional ally Russia, which has tried to press Belarus into closer economic and political union.

Human rights groups say more than 1,300 people were detained in the crackdown ahead of the election, including independent election observers and members of Tikhanouskaya's campaign team.