Be an 'epic trophy wife like Melania Trump', a pastor tells women 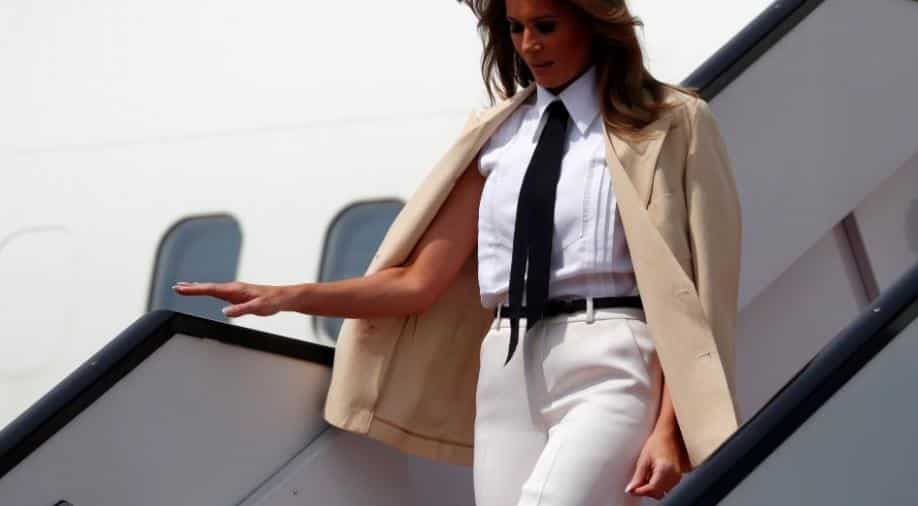 'the epic trophy wife of all time like Melania Trump,' the pastor can be heard saying in the viral video of his offensive sermon

While the world is encouraging each other to be more body positive and be comfortable with you who are, a pastor is using his stature to tell women to put in more efforts to be a "trophy wife" like the former FLOTUS Melania Trump.

During a sermon at the First General Baptist Church, a 55-year-old pastor, Allen Clark, told women to not "let themselves go" after marriage and concentrate on becoming a "trophy wife" like Melania trump, or at least be a 'participating trophy'.

Clark tells women to put more efforts in staying 'desirable' so that their partners do not get distracted by other women. "Ladies, here's the thing you need to know about men: Don't give him a reason to be like this 'distracted boyfriend.' You hear me?," he can be heard saying in the video.

My daughter @ashleystorrie makes me laugh about Pastor Stewart Allen-Clark as tells his congregation that women need to work harder to look good for men. #janeygodleyvoiceover pic.twitter.com/5uh4c745Iq

He also goes ahead to instruct women to use more make-up to stay 'pretty' and even uses an example from one of the offensive things his son said to him.
"Don't give him a reason to be looking around. Why is it so many times that women, after they get married, let themselves go? Now, look, I'm not saying every woman can be epic – the epic trophy wife of all time like Melania Trump – I'm not saying that at all. You know makeup? Makeup is a good thing! My little boy said, 'Why do girls wear makeup and perfume?' Because they're ugly and they stink. You don't want to be ugly and stink," he said.

The video has gone viral on social media platforms, with many people raising their voices against such offensive sermons, and many criticising the pastor for lecturing women about maintaining weight, while he himself is 'overweight'.

He clearly has no concept of irony 🙃

Omfg! THIS GUY is telling people that women let themselves go? Is this satire and I just don’t know who the guy is?

So that's why men don't like the idea of God as a woman. Because She doesn't work hard enough to make herself appealing to them 🙄