Barr rebukes Trump as ‘off the rails’ in new memoir 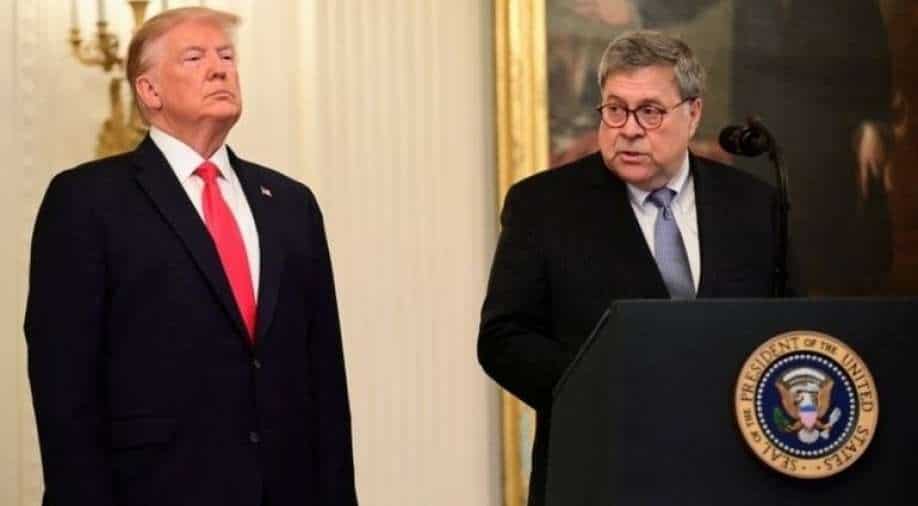 The memoir, an account of Barr’s time as attorney general under President George H.W. Bush and under Trump, defends his own actions in the Trump administration that led to sharp criticism of a Justice Department setting aside its independence to bend to White House pressure

Former Attorney General William Barr writes in a new memoir that former President Donald Trump’s “self-indulgence and lack of self control” cost him the 2020 election and says “the absurd lengths to which he took his ‘stolen election’ claim led to the rioting on Capitol Hill.”

In the book, “One Damn Thing After Another: Memoirs of an Attorney General,” Barr also calls on his fellow Republicans to pick someone else as the party’s nominee for the 2024 election, calling the prospect of another presidential run by Trump “dismaying.”

“Donald Trump has shown he has neither the temperament nor persuasive powers to provide the kind of positive leadership that is needed,” Barr writes.

The memoir — an account of Barr’s time as attorney general under President George H.W. Bush and under Trump — defends his own actions in the Trump administration that led to sharp criticism of a Justice Department setting aside its independence to bend to White House pressure.

Barr was long considered a close ally of Trump's. But the two fell out toward the end of the Trump administration, when Barr refused to go along with Trump’s baseless claims that the 2020 election had been stolen.

In a statement in June, Trump denounced his former attorney general, calling him a “swamp creature” and a “RINO” — meaning Republican in Name Only — who “was afraid, weak and frankly, now that I see what he is saying, pathetic.”

For his part, Barr portrays Trump as a president who — despite sometimes displaying “the menacing mannerisms” of a strongman ruler as a “schtick” to project an image of strength — had operated within guardrails set up by his advisers and achieved many conservative policy goals. But Trump “lost his grip” after the election, he writes.

“He stopped listening to his advisers, became manic and unreasonable, and was off the rails,” Barr writes. “He surrounded himself with sycophants, including many whack jobs from outside the government, who fed him a steady diet of comforting but unsupported conspiracy theories.”

Throughout the book, Barr scorns the news media, accusing them of “corruption” and “active support for progressive ideology.” The political left, he writes, became radicalized during President Barack Obama’s second term. He compares its support for social justice issues to “the same kind of revolutionary and totalitarian ideas that propelled the French Revolution, the Communists of the Russian Revolution and the fascists of 20th-century Europe.”