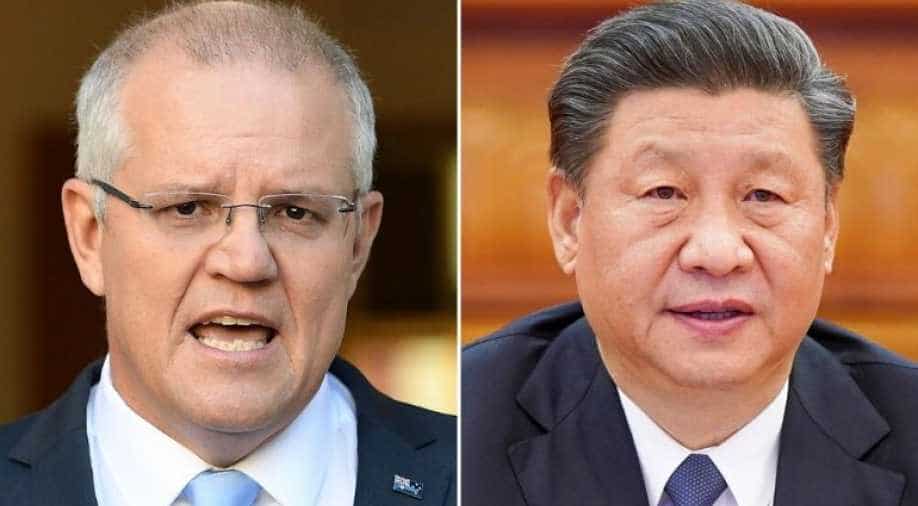 China on Friday announced it would impose anti-dumping tariffs on Australian wine, the latest salvo in a barrage of trade sanctions that critics say are politically motivated

Australia's global allies voiced support for the country's beleaguered wine industry Wednesday, vowing to down a glass to lessen the impact of choking Chinese sanctions.

In response, supporters including Taiwan and the United States pledged to buy Australian wine, now subject to tariffs of up to 212 percent in China.

"We stand in solidarity with #Australia by serving #FreedomWine," Taiwan's ministry of foreign affairs said in a tweet.

In Washington, the National Security Council said: "Australian wine will be featured at a White House holiday reception this week."

Australian wine will be featured at a White House holiday reception this week. Pity vino lovers in China who, due to Beijing’s coercive tariffs on Aussie vintners, will miss out. #AussieAussieAussieOiOiOi!

In a short video released on Tuesday, a number of MPs from the Inter-Parliamentary Alliance on China (IPAC), a global bloc of lawmakers from 19 democratic nations, called on their citizens to ditch their national beverages this December in a bid to support the Australian wine industry.

IPAC speaks to in excess of 200 MPs from 19 nations who portray themselves as a "cross-party gathering of officials running after change on how fair nations approach China".

In the video, Labor congressperson Kimberley Kitching said China's ongoing conduct added up to an endeavor to "menace" Australia into "deserting its qualities" while taking note of Beijing's rundown of 14 complaints and suspension of various Australian fares.

#China’s attack on #Australia for standing up for human rights & transparency is an attack on free nations everywhere. I’m honored to stand with my international #IPAC colleagues in supporting our friends down under #SolidaritywithAustralia https://t.co/RXVN8TFcw2

Already strained China-Australia relations have worsened since Canberra moved to crack down on Chinese operations in the country and called for an inquiry into the origins of Covid-19 after its emergence in central China last year.

Australian winemakers said the latest tariffs would likely mean the lucrative Chinese market would dry up.

Treasury Wine Estates, which produces the popular high-end Penfolds brand, said it would look to other "key luxury growth markets" and cut costs as sales accounting for 30 percent of earnings fall away.