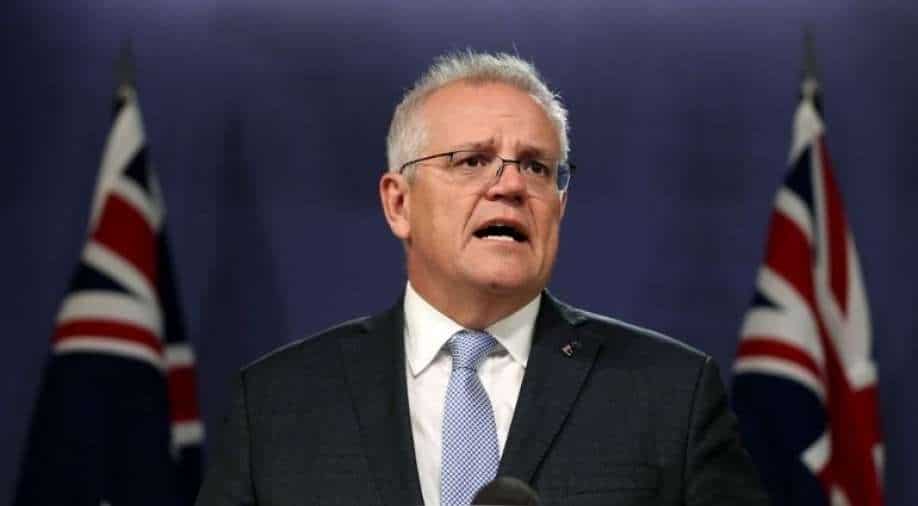 Australia's Deputy PM Barnaby Joyce has accused Scott Morrison of being a ''hypocrite and liar'' in leaked texts.

The conversation between Joyce and a former staffer of Morrison's Liberal Party who had alleged sexual assault by a fellow staffer has been leaked by Bloomberg.

It shows Joyce saying "Morrison is a hypocrite and a liar from my observations and that is over a long time."

After Joyce's private conversation became public, he apologised and said, ''I should have never written the text that I did.''

"My view from the backbench about the prime minister was based on assumption and commentary, not from a one-on-one working relationship."

In response, Morrison said, "Relationships change over time. Politicians are human beings too. We all have our frailties and none of us are perfect."

Also read | With eye on China, Australia spends $3.5 billion to purchase 120 tanks from US

The political commotion comes days after a controversy about an alleged exchange between senior Liberal Party members making derogatory remarks about Morrison.

Opposition Labor leader Anthony Albanese said that it was "untenable" for Joyce to continue as deputy prime minister.

"I couldn't care less that the Liberal Party members all don't like each," Albanese said at a briefing. "What I do care about is the consequences of a government that is dysfunctional."

Morrison's handling of the Omicron-driven coronavirus outbreak fuelled a backlash has adversely affected his approval ratings.

The Morrison government's support for coal and reluctance to tackle climate change has seen the party bleed support in major cities and prompted the emergence of a string of electoral challenges from climate-focused independents.

Morrison faces a tough election challenge from opposition leader Anthony Albanese, whose Labour Party has been leading the government coalition in some opinion polls. Morrison has yet to announce a date for the election, which must be held by May 21.