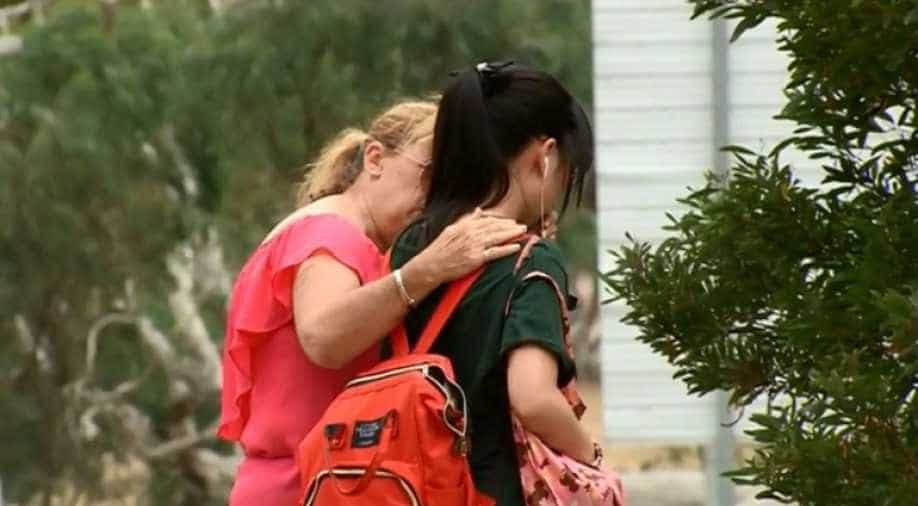 A friend mourns the death of Aiia Maasarwe. Photograph:( Reuters )

Aiia Maasarwe, 21, was killed when walking home after a night out with friends in Melbourne, Australia's second-largest city, earlier this week.

Several thousand people marched through major Australia cities on Sunday calling for safety for women after an Israeli exchange student was murdered in Melbourne.

The marches, part of the Women's March rallies held around the world in support of women's rights, gathered some 3,000 people in Sydney, who in their chants demanded safe streets for women in Australian cities.

Aiia Maasarwe, 21, was killed when walking home after a night out with friends in Melbourne, Australia's second-largest city, earlier this week. A 20-year-old man was charged with her murder.

Maasarwe's death recharged outrage over violence against women after 22-year-old Eurydice Dixon was killed in Melbourne while walking home after performing at a comedy show in June.

Thousands of people gathered at vigils for Maasarwe on Friday and continued to lay flowers at the site of her death. A special tram carrying only flowers late on Friday followed the route of Maasarwe's final journey.

In Sydney on Sunday marchers held signs paying tribute to Maasarwe and other victims of violence. Television news showed women carrying signs: "For Aiia and for those who suffer silently" and "I wanna walk through the park in the dark".

In reaction to Maasarwe's death, Prime Minister Scott Morrison said his government would announce another "action plan" to stem violence against women ahead of an election expected by May, on top of A$350 million ($252 million) that has already been committed.