Australia evacuates 200 people from Wuhan, the epicentre of coronavirus outbreak in China 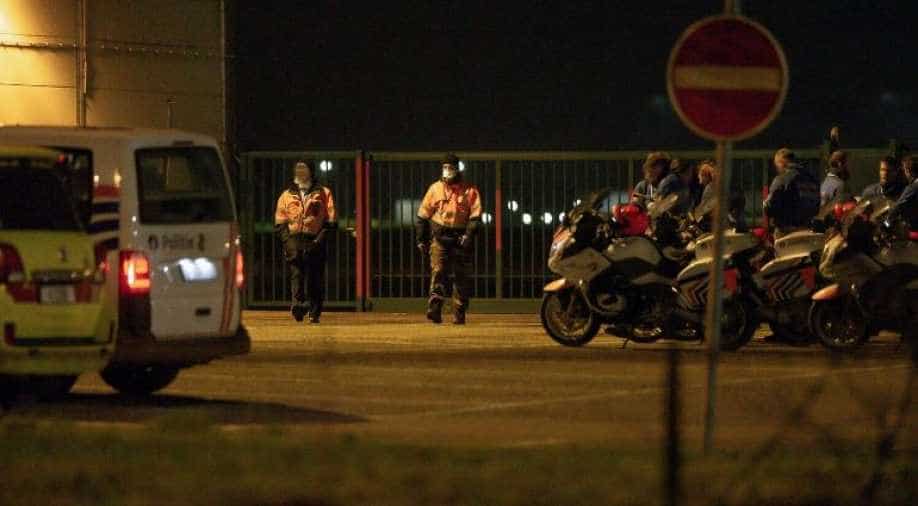 Qantas CEO Alan Joyce said that the aircraft was equipped with medical-grade air filters, which can eliminate up to 99% particles that include viruses

Marise Payne, Australia's Foreign Minister today said that 243 of their citizens were evacuated from Wuhan in a government aircraft.

Wuhan is the epicentre of the mysterious SARS-like virus which has already killed 361 people worldwide, with the number of cases rising everyday.

According to sources, the people will be quarantined in a detention centre on ''Christmas Island'', which is situated in the Indian Ocean outside of Australia's northwest coast.

Earlier, the former detention centre was used to keep people who were seeking asylum.

"We have prioritised vulnerable and isolated Australians which is reflected in the fact that 89 of the Australians on the flight are under 16 and five are under two," Payne told reporters in Canberra.

According to Reuters, all the passengers and the crew were given face masks and hand sanitiser, with specific orders for the crew to remain on the upper deck unless needed.

Qantas CEO Alan Joyce said that the aircraft was equipped with medical-grade air filters, which can eliminate up to 99% particles that include viruses.

"It's a lot safer, a lot cleaner than being in a restaurant, in an office," he said.

The aircraft was set to leave much earlier but was delayed owing to China's screening process whereby they wanted to check everybody's temperature.

The flight will land at an air force base in Western Australia, from where the passengers will be flown to Christmas Island, which is almost 1,500 kilometres away from the mainland.

According to Payne, military flights will be used to transport the evacuees. 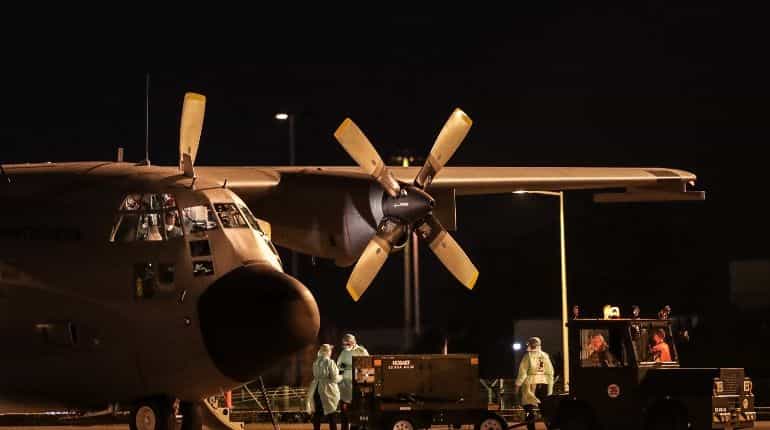 A medical team stands next to a Portugal's Air Force C-130 plane, carrying Portuguese nationals flown out of the Chinese city of Wuhan, the epicentre of the new coronavirus infection epidemic, after it land at the military terminal of Figo Maduro, in Lisbon, on February 02, 2020 | AFP

The Chinese city of Wuhan has been quarantined and is under complete lockdown after the emergence of coronavirus. The first death from the virus outside of Chinese territory was reported in the Philippines yesterday.

Canberra could consider further evacuations if needed, suggested Payne, considering that there were 600 Australians registered in the Hubei region as of last week.

After the United States, Australia on Saturday banned the entry of all foreign nationals coming from mainland China. The travel warning for China was raised to the highest level.