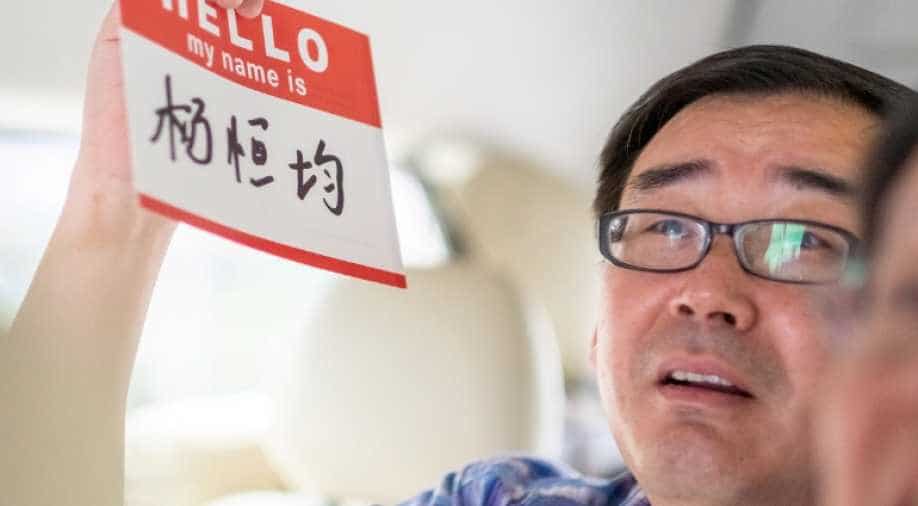 Yang -- a novelist, democracy advocate and former Chinese diplomat -- was detained shortly after he made a rare return to China from the United States last week.

Australia on Thursday demanded China handle the case of detained author Yang Hengjun "transparently and fairly," amid a growing row about the fate of the Chinese-Australian.

Yang -- a novelist, democracy advocate and former Chinese diplomat -- was detained shortly after he made a rare return to China from the United States last week.

Chinese authorities have not publicly said why he was detained, or whether he is facing charges.

"Our embassy in Beijing will meet with Chinese authorities this morning to seek further clarification of the nature of this detention," Australian Foreign Minister Marise Payne said in a statement.

"We will continue to make representations to China to ensure that this matter is dealt with transparently and fairly," she added.

Once described as China's "most influential political blogger", Yang became an Australian citizen in 2000, but is currently based at New York's Columbia University.

His criticism of the Chinese government and support for democracy has in the past made him a target of Beijing's state security apparatus.

He went missing during a 2011 trip to China, but resurfaced days later, describing his disappearance as a "misunderstanding".

But his current detention comes at a moment of high tension between Western countries and an increasingly muscular Beijing, prompting fears that he may be the victim of a dragnet by Chinese security services targeting foreigners.

The recent arrest of a senior executive of Chinese telecom giant Huawei at Vancouver airport has been followed by the high profile arrests of two Canadians.

"It only heightens the feeling that visiting China is unsafe and that the security services may increasingly be going after people for what they say outside of China," said respected China watcher Bill Bishop.

Relations between China and Australia have been strained by Canberra's decision to ban Chinese telecom giant Huawei from participating in its 5G wireless network over security fears and as the two countries have vied more openly for influence in the Pacific.

This latest dispute over Yang is sure to be high on an already difficult agenda when Australian Defence Minister Christopher Pyne visits Beijing later Thursday.

Yang had worked in the ministry of foreign affairs in Hainan province, but later left for Hong Kong in 1992, before writing a series of politically tinged spy novels. He became Australian in 2000.

Yang's friends first sounded concern when the 53-year-old failed to make a connecting flight from Guangzhou to Shanghai on January 19.

Australian media reported he had been travelling with family members, including his wife, who has since posted cryptic and emotional message on her Weibo page from Beijing.

In Australia there is mounting anger that China failed to quickly notify the authorities of his detention and fears that an already difficult relationship may be further damaged.

"You can't sugarcoat this, this is an Australian citizen, who has been detained in China" said Australian opposition leader Bill Shorten.

"It is very concerning, I can't pretend otherwise" he added, criticising the slow response from the Chinese authorities.

"This is not the way relations between our two countries should be conducted, at all."

Former Australian prime minister and expert on China Kevin Rudd turned to Twitter to insist that Yang is an Australian citizen "just like the rest of us with equal rights and protections".

Under a 2000 consular agreement between the two countries, China had to notify Australia of Yang's detention within three calendar days and allow consular visits, unless the detainee waives that right.

The issue may be further complicated by China's refusal to recognise dual nationality and allegations of Chinese "hostage diplomacy".

Writers' advocacy group PEN accused China of overt repression: "it's obvious that Yang would not have been seized if it weren't for his previous critical writings."