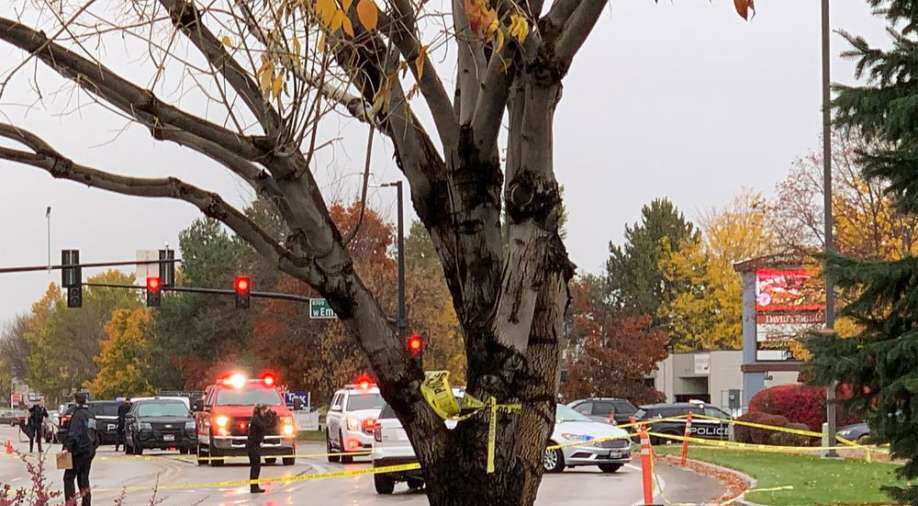 The gunman has been taken into custody, say police officers Photograph:( Twitter )

The FBI and ATF are assisting in the investigation. Authorities closed the roads leading to the mall following the shooting.

At least two people were killed and four others, including a police officer, were injured when a gunman opened fire in a shopping mall in Idaho state, US.

Police were called in following reports of shooting at the Boise Towne Square Mall on Monday afternoon (local time) and “that at least one person was shot and down,” Boise city’s police chief Ryan Lee told reporters.

When officers arrived at the scene, they found someone matching the description of the suspect and there was an “exchange of gunfire”, Lee said.

One officer was injured and the gunman was taken into custody, according to Lee.

Also read | US shooting: Gunman kills six before taking his own life at Colarado birthday party

“We really cannot at this time speak to any motivation behind it, or anything else that may impact the investigation,” he said.

The New York Times reported the two-story Boise Towne Square mall is made up of more than 150 stores and restaurants.

According to local reports, both the FBI and ATF (Bureau of Alcohol, Tobacco, Firearms and Explosives) are assisting in the investigation. Authorities closed the roads leading to the mall following the shooting.

Officers were working to clear each business in the mall, police said, adding that there's no indication there are additional threats or additional shooters.

Boise Mayor Lauren McClean offered her condolences to the victims and her thanks to those in the mall who came to the aid of people inside the shopping complex.

"I want to thank the shopkeepers, the people in the mall that reacted so quickly to take care of folks who were there," she said.

"You showed in a tough and chaotic moment how much you care, and what you are willing to do to support and care for strangers."

Mass shootings are a recurrent problem in the US and the experts have attributed the rise in such incidents owing to relatively lax gun laws.

According to ABC news, which has cited data from the GUN violence Archive, over 20,000 deaths and 39,000 injuries have been reported across the US due to mass shootings.