At least 19 Palestinians, one Israeli soldier wounded in Gaza clashes 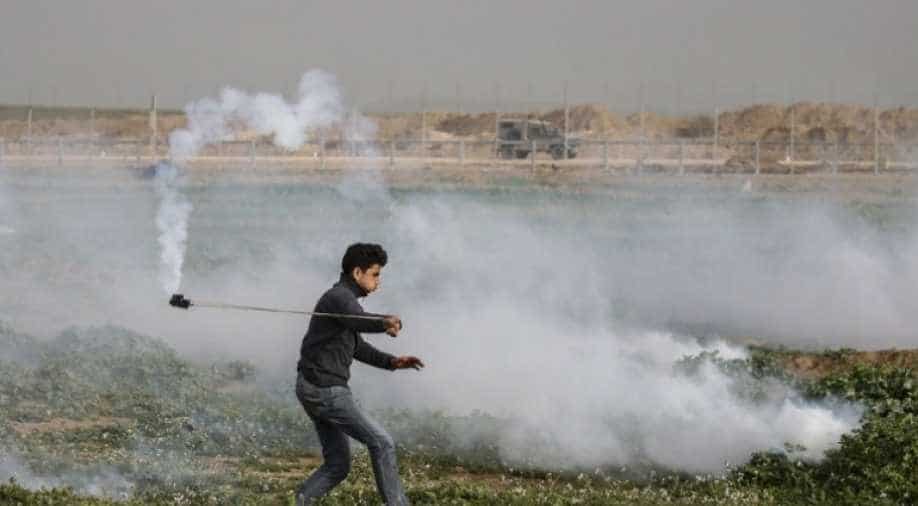 A Palestinian protester uses a slingshot to throw back a tear gas canister at Israeli forces. Photograph:( AFP )

Palestinians have for nearly a year gathered at least weekly in various spots along the Gaza border for often violent protests.

Nineteen Palestinians and one Israeli soldier were wounded Sunday during clashes in the northern Gaza Strip, the Israeli army and Palestinian medical sources said.

It added that Israeli tanks struck "two Hamas military posts in Gaza in response to the explosive device".

In Gaza, the health ministry of the Islamist Hamas movement that runs the enclave said 19 Palestinians were wounded by live ammunition during the clashes.

Palestinians have for nearly a year gathered at least weekly in various spots along the Gaza border for often violent protests.

They want to be able to return to the homes their families fled from in the war surrounding Israel's creation in 1948, and are calling for an end to the Jewish state's blockade of Gaza.

At least 250 Palestinians have been killed by Israeli fire in Gaza since March 30, the majority during border protests but also by tank fire and air strikes.

Two Israeli soldiers have been killed during the same period.

Israel says its actions are necessary to defend the border and stop mass incursions into its territory.