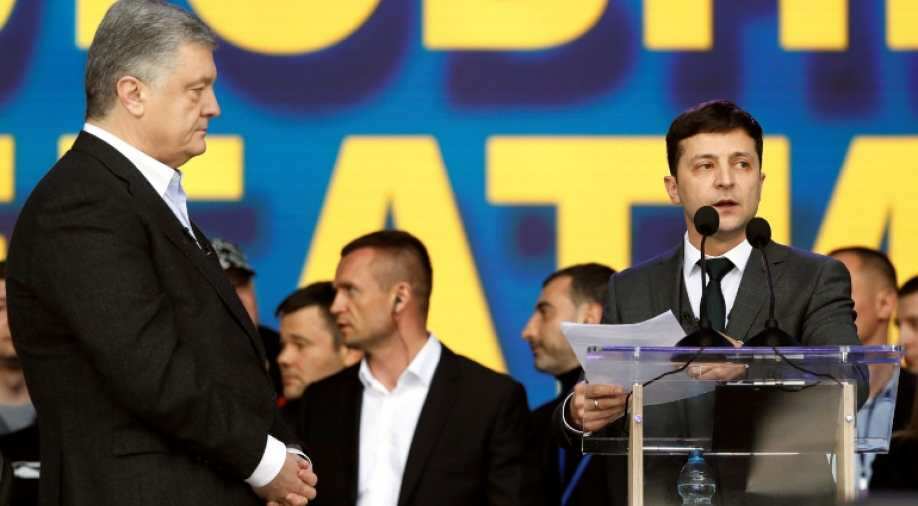 His victory would open a new chapter in the history of a country that has gone through two popular uprisings in two decades and is mired in a five-year conflict with Moscow-backed insurgents in the east.

Ukraine readied Saturday for a change in leadership as a young comedian appeared set to crush his incumbent rival in presidential polls, delivering a stinging rebuke to the old elite.

The 41-year-old TV star Volodymyr Zelensky's bid to lead Ukraine began as a long shot but all polls show him defeating President Petro Poroshenko in a second-round vote on Sunday.

His victory would open a new chapter in the history of a country that has gone through two popular uprisings in two decades and is mired in a five-year conflict with Moscow-backed insurgents in the east.

Despite mounting uncertainty, Ukrainians are fed up with corruption, poverty, and the war that has claimed some 13,000 lives over the past five years.

"There is a hope that a simple man will better understand us and dismantle the system that we have in our country," Yuliya Lykhota, 29, told AFP in Kiev.

"It is very important to raise our people's spirits."

Others said they doubted the political novice's ability to enact real change as Ukraine's sixth president.

"I do not believe he will last long once he's elected," said Sergiy Fedorets, 62.

"He has no support in parliament. He'll be eaten alive." 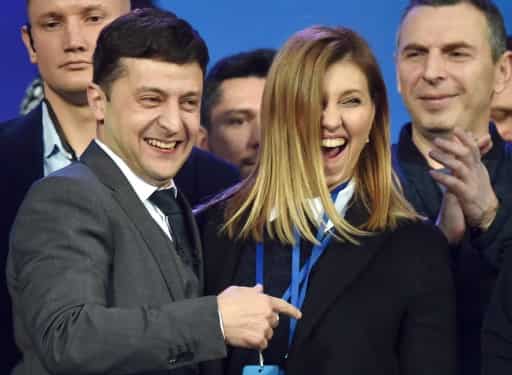 But many in the country of 45 million people feel the promises of the uprising have not been fulfilled.

Zelensky has capitalised on popular anger as well as his popularity as the star of the sitcom "Servant of the People", in which he plays a school teacher who becomes a president.

Analysts say his political programme is vague at best and it remains unclear who will fill key positions in his government.

Ahead of the vote a popular news website, Ukrainska Pravda, published an interview with a therapist who pointed to severe anxiety in the country.

"There is not a single person who would not be discussing the situation in the country," said Oleg Chaban.

"People are tenser because they are paying with their lives and expect real change quickly."

Poroshenko, 53, has fought hard to secure re-election but his pleas to forgive him for past mistakes and give him a second chance have fallen on deaf ears.

A survey by the Rating pollster showed Zelensky winning 73 per cent of the vote against 27 per cent for Poroshenko.

'Neither comedy nor horror film'

On Saturday, Poroshenko once again called on Ukrainians to think twice before casting ballots for his rival.

"A five-year presidential term is not a comedy that you can easily switch off if it is no longer funny," he wrote on Facebook.

"Neither is it a horror movie that can be easily stopped."

The West has closely watched the race amid concern a new government might undo years of reforms it has backed.

US Secretary of State Mike Pompeo called both Zelensky and Poroshenko on Friday.

He "reiterated our commitment to working with whomever the Ukrainian people choose to ensure the success of a secure, prosperous, democratic, & free (country)," Washington's special envoy Kurt Volker said on Twitter.

On Friday, the two rivals traded insults in the first and only debate of the campaign at Kiev's 70,000-seater Olympic Stadium in front of thousands of spectators.

Ukrainians said the head-to-head was more about political theatrics and a battle of wits than a much-needed policy debate.

Zelensky accused Poroshenko — a tycoon who made a fortune in chocolate before taking office — of enriching himself and failing to end the war in the east.

The Ukrainian leader attacked the inexperience of the untested Zelensky, questioning his ability to be a wartime commander-in-chief and saying he would not be able to stand up to Russia's Vladimir Putin.

Supporters credit Poroshenko with rebuilding the army and securing an Orthodox Church independent of Russia but he won only just over half of Zelensky's vote share in the first round of the election last month.