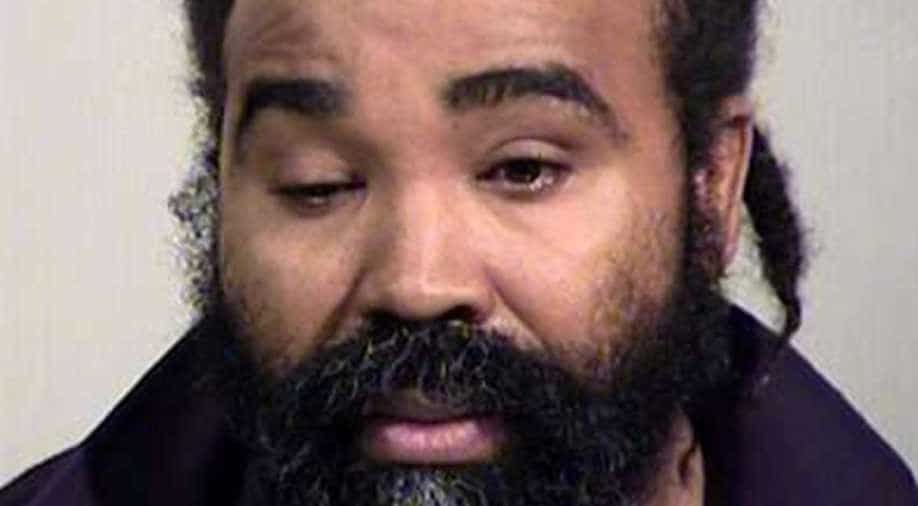 Nathan Sutherland is shown in this booking photo in Phoenix. Photograph:( Reuters )

Nathan Sutherland, 36, was arrested by investigators who linked him to the case through DNA evidence after the woman, who is in her 20s, went into labour on December 29.

An Arizona nurse was due back in court on Tuesday to enter a plea to a charge of raping a severely disabled woman in a crime that only came to light when the victim unexpectedly gave birth in the long-term care facility where she was a patient.

Nathan Sutherland, 36, was arrested by investigators who linked him to the case through DNA evidence after the woman, who is in her 20s, went into labour on December 29 at the Hacienda HealthCare Skilled Nursing Facility in Phoenix.

Sutherland, a licensed practical nurse who began working at Hacienda Health care in 2012, was charged with one count each of sexual assault and abuse of a vulnerable adult. He was ordered held on $500,000 bail during a brief appearance in Maricopa County Superior Court last month.

At an arraignment set for Tuesday, Sutherland was expected to enter a plea of not guilty in the case, which made international headlines.

Sutherland's lawyer, Dave Gregan, has said there was no direct evidence against his client, who lacked any prior criminal history, and that the defence planned to conduct its own DNA tests.

The woman, who has been disabled since very early childhood as a result of seizures, has spent most of her life in the nursing facility.

Although she was initially described by authorities as comatose, her parents have said that she is capable of responding to sound and making facial gestures, and has some ability to move her limbs, head and neck.

"The important thing is that she is a beloved daughter, albeit with significant intellectual disabilities," they said in a letter released to the media last month.

Hacienda employees were not aware that the woman was pregnant before she went into labour, police say, and were first alerted to the case when the baby was born. Police then sought DNA samples from all male employees.

The facility said in a written statement that Sutherland, who the company said had undergone extensive background checks before he was employed, was fired as soon as administrators learned of his arrest.

The baby, a boy who is being cared for by family members, is doing well, police have said. Hacienda has since retained an Indiana-based company, Benchmark Human Services, to oversee operations at the nursing facility after Arizona regulators ordered the site placed under independent management.