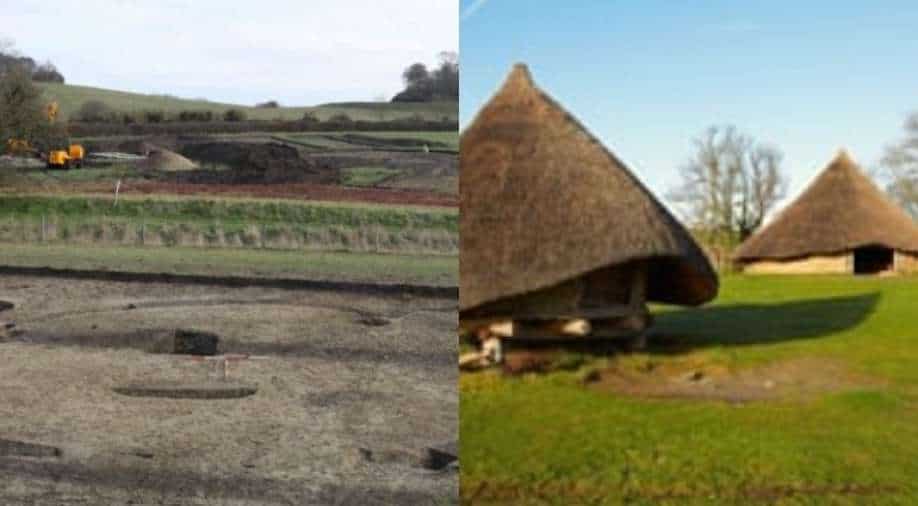 A little while ago a group of archaeologists began excavating a piece of land near the iron age hillfort at Wittenham Clumps, the experts had not thought they would unearth such a startling discovery.

While working on the piece of land which had been occupied for more than 3,000 years, archaeologists found an extended iron age settlement with remains of nearly a dozen roundhouses from 400BC to 100BC.

The experts also found magnificent and enormous Roman villa which is being assumed to have been built in the late third to the early fourth century.

These discoveries were made after an environmental charity, Earth Trust, decided to redevelop its visitor centre and added investigating the archaeology of the area in their planning application.

Talking about the astonishing discovery, Lisa Westcott Wilkins of DigVentures, an archaeology social enterprise told Guardian, "These were people’s homes and, obviously, over the course of the last year, we’ve all been spending so much time at home. Contemplating the whole idea of ‘home’ as each one of these houses was coming up, we were thinking about how people were living and how they might have been using their space. That, to me, is the most exciting thing. It’s very evocative."

She also admitted that while they had hoped to find something when they started digging, they did not expect to find so much evidence of ancient civilisations.

"We hoped. You never really know for sure. We had some idea that there would’ve been quite a lot of settlement there, but honestly it is astonishing that so much evidence has come up of people’s actual daily lives. It’s been one of those digs where you feel you can almost reach out and touch them," she said.

The iron age roundhouses are nearly 10 metres in diameter. The experts believe the inhabitants may have been farmers living on the land.

Two Roman cemeteries were also found at the site with nearly 40 graves and stone-built corn-drying ovens.

"It’s a substantial iron age settlement. It’s probably no surprise because we’re right at the foot of Wittenham Clumps, an enormous hillfort. The settlement probably continues well into the landscape beyond where we’ve looked," Chris Casswell, DigVentures’s head of fieldwork said. "Normally we go out and do geophysics, which gives an image of what might be under the ground. But on this site, it didn’t show up any of this. It showed a couple of anomalies … So it’s completely unexpected."

The charity is also planning to replicate the three iron age roundhouse and other objects to help bring the civilisation back to life for people to look and observe from the remains found from the digs. "[Earth Trust is] trying to promote the environment – and now, hopefully, the historic environment as well," Casswell said.