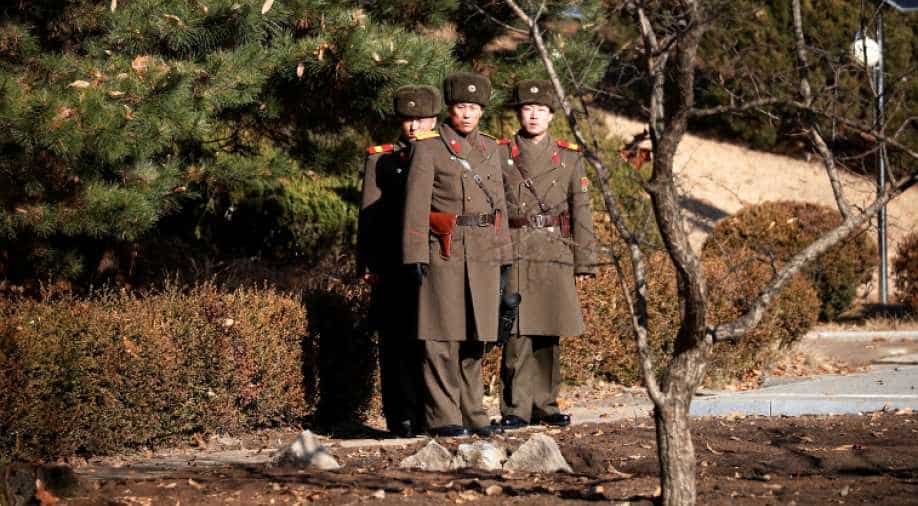 North Korean soldiers keep watch toward the south next to a spot where a North Korean defected crossing the border on November 13, at the truce village of Panmunjom inside the demilitarized zone Photograph:( Reuters )

The Northern border guards appeared to be searching for the man, who had earlier crossed the DMZ under thick fog, a ministry spokesman told AFP.

Just a month after a North Korean soldier defected to South Korea, another soldier from Kim's regime crossed the Demilitarized Zone (DMZ) today.

The South Korean defence ministry said a "low ranking" soldier had crossed over to the central part of DMZ.

Last month, a North Korean soldier also reported to be a "low ranking soldier" had crossed the border and had entered South Korean territory with multiple gunshot wounds as he dashed across the border at Panmunjom even as the North Korean border guards fired at him.

The soldier was found collapsed and bleeding by South Korean troops and was rushed to the hospital.

The doctors later said he had received at least six gunshot wounds. He is since reported to be out of danger but is still recovering at a hospital in Seoul.