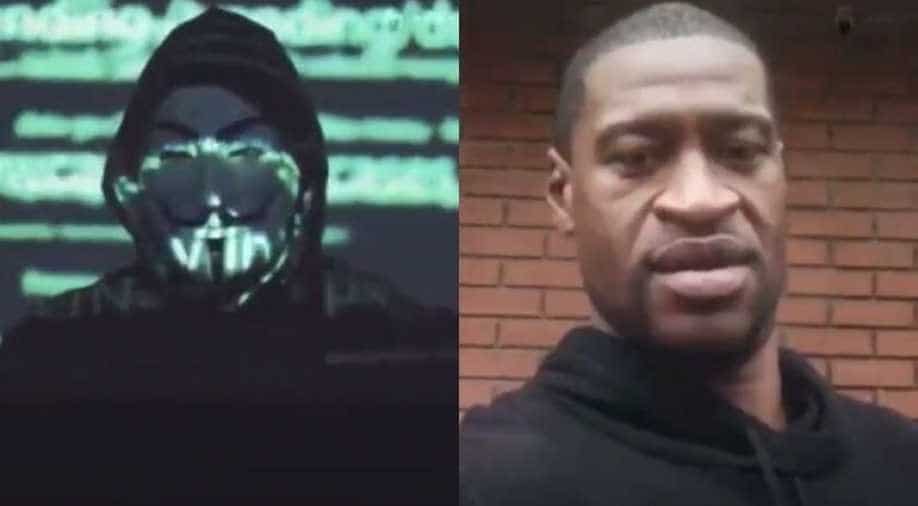 'Anonymous', a group of hacktivists that has remained silent in recent years returned on May 31 claiming to be more expressive. The group has raised cyberwar against the Minneapolis Police Department (MPD) after the death of George Floyd.

Also read: Twitter’s blue bird goes black to show solidarity with protestors in the US

Protests erupted in at least 30 US cities over the death of George Floyd at the hands of a police officer in Minneapolis, Minnesota. The police officer had allegedly knelt on his neck until he stopped breathing.

In the video, a figure appears that says: “Police brutality and murder is a widespread problem in the United States, which has undoubtedly infected nearly every jurisdiction in the country. But, the Minneapolis police department is among the worst and has a horrible track record of violence and corruption. This week’s brutal killing of George Floyd, which has sparked protests and national outrage, is just the tip of the iceberg in a long list of high profile cases of wrongful deaths at the hands of officers in your state.”

Through some tweets, Anonymous has also threatened to leak all the 'proofs' against  Donald Trump, Jeffery Epstein, Princess Diana's death, the Royal Family, Bill Gates, Naomi Campbell's involvement, and many more.

After these posts, the group has been deleting these accounts and disappearing from social media platforms.

Ever since the threat, the Minneapolis Police Department's website has reportedly been showing signs of a hack.

Another night of unrest in every corner of the United States left the country charred and shattered. The death of George Floyd after his arrest on Monday has triggered a tide of protests in the country, unleashing long-simmering rage over racial bias in the US criminal justice system.

Some rallies have turned violent as demonstrators blocked traffic, set fires and clashed with riot police, some of whom fired tear gas and plastic bullets to restore order.