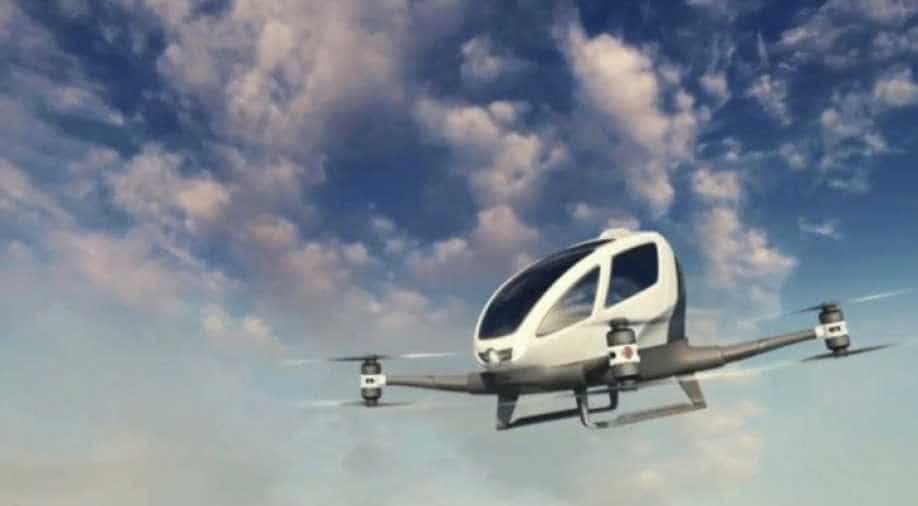 Airbus successfully conducted its first ever test flight of the Vahana, an eclectic and pilotless flying vehicle, they announced on Friday.

The test flight was conducted on Wednesday at the US state of Oregon and lasted for 53 seconds. Reports said that the full-scale vehicle reached about 16 feet high before descending safely.

Propelled by eight rotors that allow it to take off and land vertically, Vahana completed a second test flight on Thursday, and additional testing is slated including forwarding flight.

Airbus has said it wants to build a fleet of autonomous, multirotor eVTOL aircraft that can be used to fly from rooftop to rooftop in dense cities where traffic is often at a standstill and is designed to carry one passenger and fly autonomously, according to its website. The project launched in early 2016.

"Vahana aims to democratise personal flight and answer the growing need for urban mobility by leveraging the latest technologies in electric propulsion, energy storage, and machine vision," Airbus said in its statement.

“Our aim has long been to design and builds a single passenger electric VTOL self-piloted aircraft that will answer the growing need for urban mobility,” Zach Lovering, project executive at Vahana, said in a blog post. “Our goal is to democratize personal flight by leveraging the latest technologies such as electric propulsion, energy storage, and machine vision. Our first flights mark a huge milestone for Vahana as well as the global pursuit of urban air mobility.”

Autonomous driving technology has made considerable progress in recent years with high-tech firms and established automakers putting test vehicles on the roads, while a handful of inventors and start-ups have developed flying cars.

Smoking weed is more harmful to your lungs than smoking cigarettes